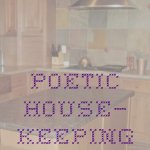 Intuition is, according to the dictionary, “direct perception of truth, fact, etc., independent of any reasoning process; immediate apprehension” or “a keen and quick insight.” It is a vision, an internal image that directs and guides, even unconsciously or subconsciously. Almost every housekeeping book I have read addresses wrong thinking as a frequent root cause of poor housekeeping. Often the point is made with pop psychobabble or self-esteem jargon, but I think there is something to that point nonetheless.

In a different context, but applicable and without any traces of self-esteemism, John Piper writes, “behind most wrong living is wrong thinking.”

We can try to analyze and rationalize our current intuitive or foundational beliefs, the ones that function without our even being aware of them, but often that leads to myopic introspection.

Perhaps a better approach would be to breathe deeply and expose ourselves to right thinking, with the goal of internalizing a right vision: whirlwind clean the house and then open your eyes and see it, notice it, appreciate it; read books or blogs that approach homemaking realistically but yet poetically — that is, lovingly; purge any reading that treats housework scornfully or as a necessary evil.

Sandra Felton, although she often devolves into modern psychobabble, accurately pinpoints many mental roadblocks that separate “Messies” from “Cleanies.”

As long as we look at housekeeping as a group of isolated tasks lined up in order to be done, we can put them off because there is no reason to do them except to get them off the list. The solution is goal-orientation rather than task-orientation. We should never lose signt of our overall goal, which is this case is an orderly house. When we see our work in terms of this goal, individual tasks become a means to an end. […] Is it practical to wash a few dishes? Why not wait till you have a whole sink full and do them all at once? These ideas are practical, but they delay your reaching your goal — a beautiful house.

“Cleanies,” she writes, are usually not even aware of all the little things they do to keep things up:

Cleanies have mental schedules they themselves are not aware of. […] The power that activates the [action] is in the eyes. […] Their goals are visual, and they become uncomfortable if something is out of place. Cleanies are not afraid to use shortcuts because they are confident in their own cleaning ability and don’t feel it necessary to prove anything by doing things the hard way. 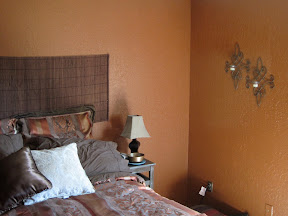 In The Messie Motivator, Felton develops the idea that what Messies are often missing is either knowledge (and she really means intuitive understanding) of how to do housework and what a clean house is. She says they are also often missing a sense of dignity. Although she totters into self-esteemism, dignity is important, and she rightly points out that all people are due dignity because they are created in the image of God.

It is wrong thinking to believe that humility or personableness means a lack of dignity.

So housekeeping is not the sum of the correct list of discrete tasks; it is operating under a vision and goal of an orderly and beautiful house. Working with the purpose to check things off a list is actually not a helpful mindset. Using a checklist to help remind you how to reach a goal, however, can be beneficial.

As is so often the case, it is not the externals so much as the heart, mentality, or disposition behind the externals.

I think Holly Pierlot summarized her own change of thinking beautifully in A Mother’s Rule of Life:

I had also believed that the duties of the home were something repetitive and boring and didn’t require much skill. Well, working at home with the kids taught me the exact opposite: home work was more varied, and required as much skill, as any other occupation. […] I later discovered, when I studied Genesis, that my very housework was in a way imaging God’s work at creation. In the Garden of Eden, God called man and woman to be stewards of the earth; my share in that stewardship was to care for my home. All my housework was simply the exercise of Christian stewardship over my little part of creation. […] What we have, be it a little or a lot, has been entrusted to us for a two-fold purpose: to preserve what we have and to administer it profitably. Thus, not only are we to ensure that our home is cared for and kept in order, but we’re also called to improve it, to make it meet the real human needs of our family. We don’t have the right to neglect our duties here, but are called to manage these resources, for they really belong to God.

Welcome to a month of practical, hands-on, and real-life organization and time management posts! I’m...

I had the honor of guest posting at the CiRCE blog, on one of my...

We put in our first week with a solid 5 days of Circle Time &...

When you think “organized,” what picture pops into your mind? Probably something that would make...

It’s summertime, and that means cold dinners! Here are some appetizing new ways to plate... Organize your attitude #30 Do you know one real downer that happens all too often?...

I have a whole collection of beautiful fairy tale picture books. I collect what some...