Geneva Kate was born November 2, 2012, by unexpected c-section, 24 hours after being admitted to the hospital for an induction at my request (her due date was October 28).

Q. What do you understand by the providence of God?

A. Providence is the almighty and ever present power of God
by which He upholds, as with His hand,
heaven and earth and all creatures,
and so rules them that

leaf and blade,
rain and drought,
fruitful and lean years,
food and drink,
health and sickness,
prosperity and poverty

all things, in fact, come to us not by chance but by His fatherly hand.

Q. How does the knowledge of God’s creation and providence comfort us?

A. We can be patient when things go against us,
thankful when things go well,
and for the future we can have good confidence in our faithful God and Father
that nothing in creation will separate us from His love.
For all creatures are so completely in God’s hand
that without His will they can neither move nor be moved.

Six years ago I wrote a Thanksgiving post after losing our third son in the second trimester. I then, too, had chosen a doctor rather than midwife, and birthed his frail little body with an induction and epidural at Kadlec Hospital. Now I have another November baby, with even more to be thankful for – her life, most of all. Though she was delivered by an “emergency” c-section, that emergency was that she simply wasn’t going to stay put and engage. Her heart rate, even with three external versions, stayed strong. Some women can birth breech babies; I am not one of those women. The day of the delivery I counted the delivery as “horrible,” though not as horrible as the natural home birth of my other little girl who didn’t want to settle down and engage.

A week later I can look back and see that what made it feel horrible was the system shock of moving from a dark, quiet, empty birth suite into a bright, sterile operating room packed with people in gowns and masks.

Also, after the baby was out, I asked for more pain relief and nodded that yes, I wanted it even though it would make me sleepy and forgetful. It sure did! I hadn’t slept in 36 hours and I ended up sleeping through most of the rest of the surgery after I was shown my baby and she was whisked off. Then I woke up not knowing where I was or why I was staring at a white ceiling. I was dizzy while they wheeled me through the hall back to my suite, still uncertain what had just happened. Then I saw my mom with my baby that I hadn’t yet been certain was real and I started crying. I was dizzy, couldn’t focus, and was afraid to hold her for fear of dropping her. But I ached to hold her and see her. I had no idea how long I had slept, how long she had been born but without her mother. It was all surreal. A planned and prepared for c-section would not be a horrible birth, though it is certainly very different even from a normal hospital birth, much less a homebirth. 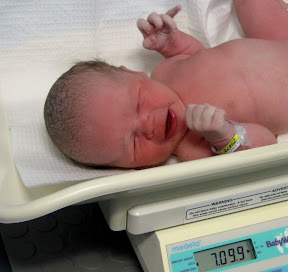 Before the birth, I had been prepared that if a c-section was necessary, I was ok with it and wouldn’t argue. I’d rather have a c-section than relive most of my other births. But when that c-section became actual rather than theoretical, I realized in a panicked moment I really didn’t know what a c-section entailed and I was facing the unknown.

In fact, the only reason I knew anything about what to expect beyond having my midsection cut open and sewn up again and that I wouldn’t be able to drive for weeks thereafter was entirely through God’s providence. Months ago I sent a review copy of my eBook to Mindy at Grateful for Grace. In due time she published her review and also offered me a review copy of her ebook, Make the Most of Your C-Sections. At the time, I didn’t follow up with her on the offer because I didn’t think it fit the scope of what I write about here at Simply Convivial.

However, a week before my due date, Mindy sent me an email out of the blue with her eBook attached, letting me know how much she appreciated Simplified Dinners with the generous offer that because I wasn’t likely to need her eBook, I could pass it on to a friend if I wanted. I opened it and read the whole thing through in one sitting, supposedly because it was late and I was bored, but actually because God knew I needed preparation for what was ahead. Because I read her book, I knew to expect quite a bit of pulling and tugging during the operation that honestly would have freaked me out if I hadn’t known beforehand it was normal. Because I read her book, as soon as the doctor said we’d do a c-section, I told Matt to call my mom so we’d have two people there – so Mom could go with the baby and Matt could stay with me while I was being sewn up. Because I read the book, the first question I asked the nurse as she prepped me was if I could have the baby on my chest for even a little bit after she was out. The answer was no, there wasn’t enough room for that to happen, but if I hadn’t asked I would have regretted it afterward and likely blamed my ignorance for not having that opportunity instead of knowing it wasn’t possible. It turns out her apgar score was so low she had to be worked with right away anyway. I was so grateful I’d had the providential opportunity to read Make the Most of Your C-Section, without it I would have been even less prepared and more fearful than I was.

A second providential read was the announcement of Rachel Jankovic’s sixth-born. That announcement was months ago, but literally the day before I went into the hospital, I looked it up again. Matt had commented (via chat in the middle of the day) that I needed to beware of assuming that the birth would be easy because I was opting for an epidural. I sent him the link to Nancy’s post and said that I was taking Nancy’s and Rachel’s advice: my birth plan was “to be grateful”. Little did I know I would be having so similar a situation. But I meant it. I did intend to be grateful, and I was and am, by the grace and providence of God.

I suppose now I am part of the statistic used to prove that optional inductions have a higher rate of becoming c-sections, but I do believe this birth would have had the same outcome if I had waited until it was medically necessary to induce (between my history and the state of things 4 days after my due date, it’s most likely she would have gone past the allowed 2 weeks overdue anyway) or gone into labor on my own for a planned homebirth. 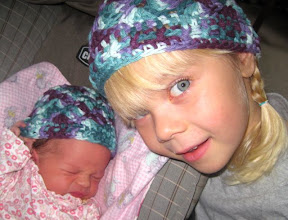 As shocking as it was to roll down the hall in my hospital bed to the OR, I can’t even imagine having to make the transfer from laboring at home to the hospital and then going through the version attempts and c-section. My cervix was in an even worse position than it was during past births, she wouldn’t descend and engage (none of mine have until hours into active labor), and she was 2 pounds smaller than my last two babies, so she had lots of room to go wherever she wanted. One can never know for sure, but I believe she would have moved to breech during labor regardless of the birth setting or timing. I am thankful for God’s providential hand that had me already at the hospital with a doctor that gave me credit rather than disapproval for being a home birth mom and a doctor I could trust was making good decisions. I am thankful for God’s providential hand that had me planning for the epidural I would have needed anyway, and because it was already planned for, it was offered and recommended that I have it before the first version was attempted. There is nothing like watching a six-foot man clearly exert all his strength on your belly to make you grateful for epidurals.

I am grateful my doctor allowed me a full meal as soon as I wanted after birth. Even moreso, I am grateful my doctor came in to check on me at 24 hours and asked if I’d like to stay or go home. Yes, as in go home then, 24 hours after a c-section. My own bedroom made a much more comfortable and restful recovery room than a hospital room – even a birth suite – could be. 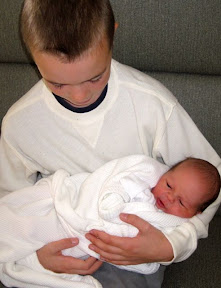 I was home that evening, about 30 hours after Geneva was born. For that I am thankful.

I am thankful for a husband who can take care of four kids and basic housekeeping while pampering his wife. I am thankful for a mother-in-law who not only had four kids over to spend two nights, but who even took them on an adventure to ride in combines to boot. I am very grateful for my own mom who, when Matt had to return to work, spent full days with me, keeping me company, holding the baby so I could nap and shower, helping with stubborn two-year-olds and whiny four-year-olds, sweeping, washing dishes, folding laundry, and picking up needed prescriptions and other items. I am thankful for our church family, who is providing dinners every day for two weeks plus some freezer meals. I am thankful for my nine- and seven-year-old boys who can make oatmeal and pull out lunch all on their own and who are capable of pulling more than their weight in keeping things running while I’m out of commission. Between Matt, my mom, and the two older boys, the house is better kept now than I kept it on my own in the early years of our marriage. 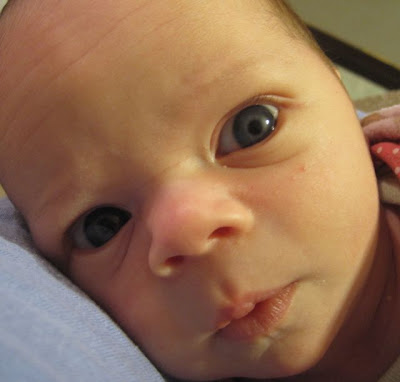 Most of all, of course, I am thankful for this precious little bundle of new life entrusted to our care. I am thankful that she is healthy and beautiful. I am thankful for this fifth opportunity to inhale the scent of a newborn head, to fall asleep with a baby on my chest, to smile at the pecking baby “kisses” I can steal before succumbing to her insistance on nursing. Looking at my growing family, I know this newborn time is fleeting, and I am thankful for the prolonged recovery time which not only allows but insists that I spend most of my days sitting, enjoying the feel and smell and sounds of Geneva Kate as a newborn babe.

We all know the feeling, and it’s bound to happen whenever you want to organize...

Life is a story. Your life is the story of you. That means that right... Homemaking has fallen on hard times for the last hundred or more years. Though its...

Back in July, we held the first Scholé Sisters retreat with the topic of leadership.... Applying formulas will not work. But something does need to be applied: ourselves. We don’t... Homeschool life is a muddle, there’s no denying it. I think we are all familiar... Organize your attitude #50 Too often, we try to get organized in an attempt to...

Review written in March of 2011 The Mother at Home by John S.C. Abbott was...