When, the other day, my son came into the kitchen and asked, “What’s for dinner?” while I stood with the fridge open, I replied, “I don’t know. I was just going to make something up.”

In less than an hour we were at the table eating dinner.

As soon as I said, “I was just going to make something up,” I realized I should grab the camera so I could blog about how I went about it.

Earlier that week I had cooked a turkey that had been in the freezer since Thanksgiving, so I had a dish full of cooked turkey meat.

I had already made a broccoli-rice-turkey the night before, so I needed something different.

Earlier I had thought about making a white pizza with turkey instead of chicken, with the directions in Simplified Dinners (yes, it really is the method and resource I do use a majority of the time myself). But, I hadn’t started early enough to get a pizza dough going. However, I did have some flatbread I’d made a few weeks before and frozen. So I pulled those out of the freezer.

Turkey. Flatbread. Pizza lurking in my mind. Pre-grated mozzarella cheese and a red pepper in the fridge. Let’s just run with it. 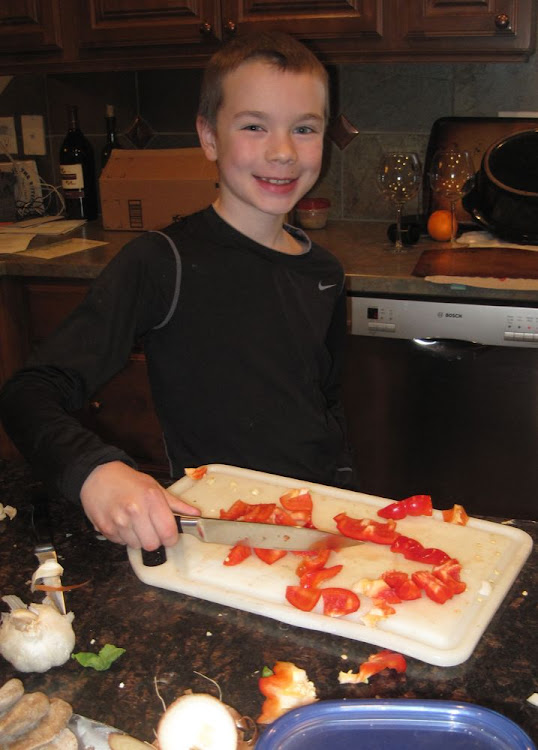 Dinner on the fly

I made a quick white sauce, because I knew the flatbread and turkey would be dry with only cheese. I used the recipe for pizza white sauce in Simplified Dinners, and chopping the onion was the longest step.

While I made the sauce, I set that inquisitive son to slicing a red pepper.

I set out the breads on a baking sheet with a Silpat, layered the ingredients like a pizza, and stuck it in the oven on broil. 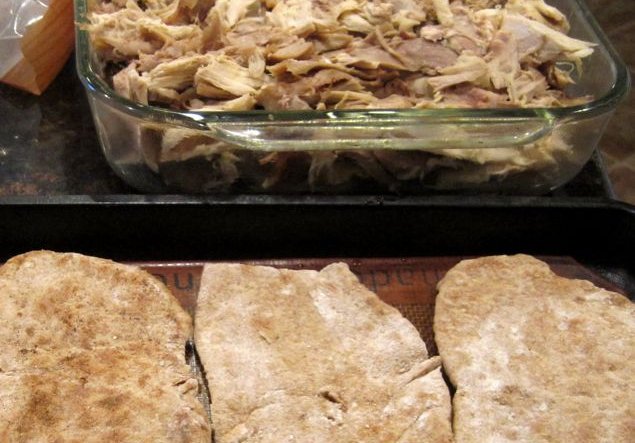 I had an extra tomato, so I diced that up for a garnish.

I forgot to set a timer.

I smelled something about 5 minutes later and ran to pull out dinner before it was completely burnt!

The family all liked them, and said I could add that as a normal dinner plan and not only an “Ack, what can I pull together?!” meal. I love it when that happens. 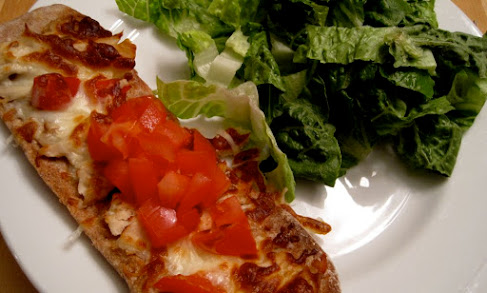 If you’re like me, you try – at least occasionally – to become better, more effective, more competent in your roles and responsibilities at home. And then after a period of trying, you peter out because it turns out it’s quite exhausting to grow and change and fight entropy and bad habits. We have to become… 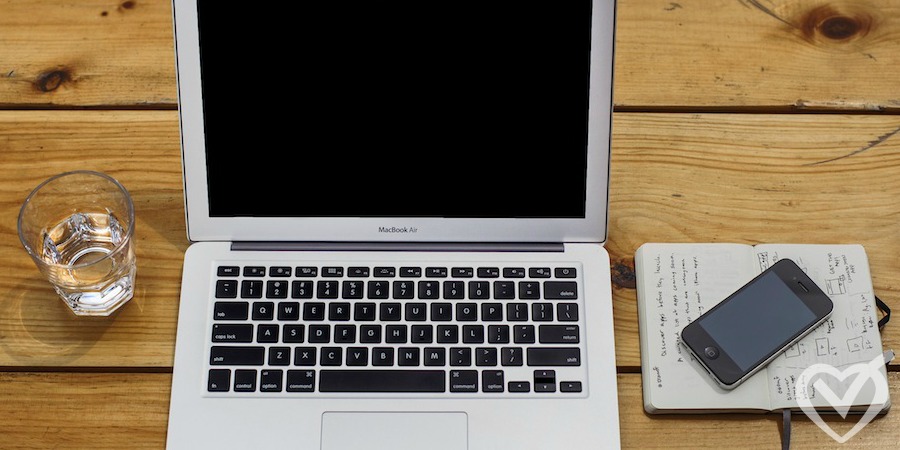 There is so much to keep track of at home. Not only does everyone want to eat three times a day, but the house also has a fast trajectory down Entropy Lane. There are apps for home routines. But will we really check yet another app consistently and regularly? Do we need one more place… Today I want to share with you a super simple, delicious cookie recipe. Goodness. So simple it’s almost embarrassing to share. Those are the best kind, though, right? My favorite recipes are ones you can memorize. Why? Because I am almost always cooking around small children, with other things on my mind, and intense recipe-reading…

Last year I created a soup quite by accident, but it turned out to be incredibly tasty and well-received. The plan was to have beans and cornbread ala Pioneer Woman. But my pinto beans, after cooking with two large beef bones all day, had created a very tasty broth, and there was a lot of…