It’s a simple fact: We need to track the details of running our households in order to maintain sanity and reliability. Our job isn’t to impress others, but it is to serve others, and we can do that better when we have a grip on the details involved in doing so. A home management binder is a tool to collect, organize, and use those details, and it can be done digitally!

I have put together at least three home management binders in my 10-year career as a housewife to date. All three times I thought it through, made it well, and used it for about 2 weeks.

The exercise of making a home management binder is a good one, even if that’s as far as it goes. I think the process helps clarify and organize thoughts as well as papers, which can render benefit even if the system falls by the wayside. But, it does seem a shame for all that paper and effort to go to waste. Plus, I don’t know about you, but at my house paper never stays pretty for long. Not only that, but I dislike giving up counter space to a binder. I tried a half-size binder for a time for that reason (and because I also dislike carrying a binder around town with me), but it was even more hassle to set up and keep up since I had to be careful with the formatting, and specially cut and hole punch all the pages.

So, I gave up on the management binder idea for awhile. Occasionally I’d pull out my last binder, made in 2009, which had become a fancy file folder for home-related notes, but it didn’t seem worth the time and thought to make it current — again.

Plus, I had a computer in the kitchen, where I kept my calendar, task list, and contacts, so a household binder on paper seemed less attractive. Paper quickly becomes clutter, at least in my house, and I’d already done enough purges to know how many lists I generate when I start an organizing project. Lists that then become piles, which then become clutter, which then become a task of going through and deciding keep & file (and forget) or toss (and forget).

Paper and binders are still a great option for some, particularly those who have better follow-through or a more meticulous personality than I do. Also, a digital home management “binder” is only really going to work with someone who has a computer of some sort handy in or near their primary work zone (usually the kitchen).

I have a kitchen computer (it was an iMac, but now its an iPad) and a second-generation (no camera) iPod Touch. I always did like having a household binder, and now it seemed like the obvious choice would be to create the digital version — no paper, no losing notes, no coffee spills (we hope!), and, best of all, search functionality. I searched and searched online and found no one talking about moving a household binder onto a computer or phone, though there are many, many, many, many out there with pictures of their spiffy newly set-up binders. So, here goes my own take, mostly original, on moving the household notebook into the current decade.

After all, being able to search, from my desktop, inside every document, my contacts, and my calendar is the biggest boon of digital information. Flipping through a binder or file folder or pile, wondering just what you did with that note you are sure you made? A thing of the past. This is a home management binder for the modern, connected woman.

Now, my set up is all Apple. But most of the programs I use are web-based, so it doesn’t matter if you’re on a desktop or laptop or tablet or phone or multiple devices. Also, we do not have smartphones or a data plan, so my system relies on wi-fi; it would be even smoother for those with smartphones, but I’ll explain how I make it work without constant connection.

Getting Things Done by David Allen has been a key source in my own attempts to get and stay organized at home. GTD is very applicable to homemakers. I have implemented and re-implemented and revamped and reorganized my GTD processes and approaches so many times over the last six years that I’ve stopped counting. Every… 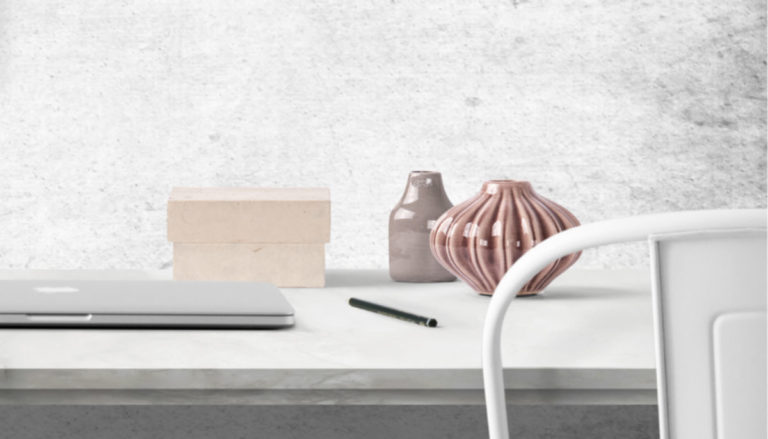 If anybody needs to get things done, it’s mothers managing a home. Mothers are the shapers of home atmosphere and home culture; keeping the mundane details under control allows us to direct our attention toward what matters. Our minds are so full of all the details of many lives interconnected that we often grind to a halt,… The backstory I was a child who hated making my bed and got away with leaving it undone as often as I could manage. I hated pointless work, and what is more pointless than making a bed you’re just going to get in and mess up again at the end of the day? Yes, this…

Is decluttering a project you’ll finish? Will you experience a magical happy-ever-after when decluttering is finally complete in your home Nope. Sorry. Won’t happen. Decluttering is a habit you need to build. I wanted to talk about the decluttering habit because there’s this rumor floating out there on decluttering (from experts and gurus) who say…

We’ve all felt it. We sip our coffee and stare down at our list. We just don’t wanna. Maybe we just can’t even. Or, perhaps with the coffee we think we can take on that list, but come 10am or noon or 2pm, all the motivation is gone – poof – seemingly for good. What…