With engaging stories and practical advice, Switch examines the common denominators in those who make successful habit changes. The authors posit that

when change works, it tends to follow a pattern. The people who change have clear direction, ample motivation, and a supportive environment.

So let’s look at how to apply those factors to our own home situations, particularly as we begin new routines for the school year.

The premise underlying the fixed mindset is that life should be easy. Thus, when life isn’t easy, something is clearly deficient – us, most likely.

Children assume the fixed mindset when they slump over their math page and proclaim, “I am no good at math!” They think this because the math is hard; because they are tired of trying, they want a reason to quit.

They don’t ever say that when the math is easy. Instead of arguing with them, show them they are wrong and give them a good label to replace the bad label they are trying to stick on themselves. This is not touchy-feely self-esteemism, where there is no failure and much unfounded praise; this is good teaching and good parenting. Hand them a math page from their previous book or write down five equations that will be easy for them. Make them do them; don’t let them wallow in bad attitude: they will resist doing the easy equations, because they want to be right and they want to prove you wrong. If they protest (and they will), you have the opportunity to encourage them and show them how far they’ve come. There was a time those equations were not easy. Now they are because of hard work and perseverance. And, next year, this math page will seem easy. Right now, it takes work and perseverance. They’ve done it before and they will do it again.

Mothers assume a fixed mindset when they tell themselves that because their current stage is difficult, their capacity is maxed out. 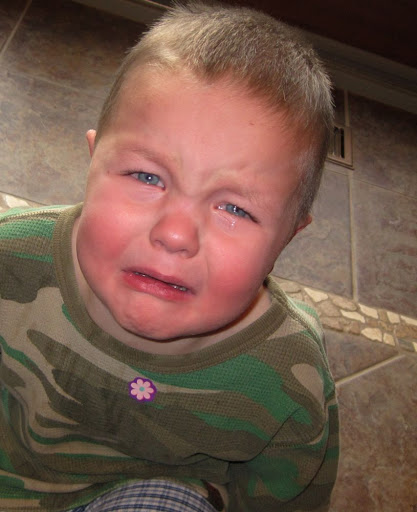 This sounds like, “Because I’ve been super cranky since baby #3, I clearly should not have a #4.” or “Because I am so tired at the end of a day of Kindergarten, there is no way I can homeschool first grade – especially not with another toddler!” or “I have to put my oldest into middle school, because I’m just so exhausted as it is.” or “Because my house is so messy now, clearly I am just a messy person who has to get used to just living in chaos forever.” Of course there are times where making the decision to not have more children, to put kids into school, or to let the house go are legitimate and wise choices. However, sometimes we are just like the child who says he is no good at math. It is exhaustion and discouragement speaking, not wisdom.

It is possible that the tiredness and feeling like you’re not getting anywhere is because you’re in the last leg of a sprint, in the sleepy and cantankerous phase of a growth spurt. The fixed mindset looks at the next level (of math, of family life, of schooling, of whatever area of life is currently challenging) and says, “No way. This right now is already beyond me. I’m stopping here.” The growth mindset says, “I made it this far; if I stick with it, I’ll get there [or die trying, you might secretly add some days].”

Although we would all intellectually assent to the truth of the growth perspective, the fixed mindset can still perniciously discourage us with its false assumptions.

After all, we know that God has put us where we are – that nothing comes to us by chance, but from His fatherly hand – and that He will give us the grace and strength we need to grow in Christlikeness through His providential care. Balking along the way is natural, but it is also unbelief rather than faith and trust. Yet we can cry, “Lord, I believe; help my unbelief!” And He promises grace to help in time of need. I wasn’t yet tuned into the right questions when I picked up The Sane Woman’s...

Originally read and written in March 2011. Summary of Desiring God by John Piper at...

While in college at University of Idaho, I went to a small group Bible study... It was about 5 years ago now that I deleted my old blog and started... We have a lot on our plates, we stay-at-home, homeschooling moms. It’s easy to begin...

We established last week that even moms need to grow. We, as well as our... Organize your attitude #52 One thing that’s bound to make us snippy and snappy is...

Do you know that quote? It’s from My Fair Lady, when, after months of agony,...