Switch examines the patterns in successful habit changes, and communicates them through engaging stories and practical advice. In this post, we’ll be thinking through the implications of the first observation made by the book about change:

What looks like resistance is often a lack of clarity. So provide crystal-clear direction.

I often see resistance in my children to my plans and expectations. After all, it is easier to identify and deal with the resistance of others than my own internal, dissonant resistance to my own plans.

Perhaps the most important insight I gleaned from Switch is that what I perceive as resistance could likely be simple uncertainty. Turns out, no one can read my mind. 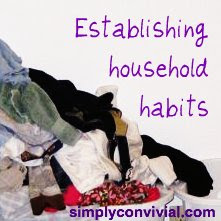 After spending time making the plan, thinking it through, envisioning how it will work, setting up the organization to help it flow, I am invested in the plan. And, I’ve been immersed in the plan. My children are neither invested nor immersed. And when their actions don’t match up with my vision, I am tempted to see outright disobedience and rebellion to the stated plan when it’s actually confusion, or misunderstanding, or the fact that they can’t read my mind and infer the grand scheme from the small direction I gave.

When people try to change things, they’re usually tinkering with behaviors that have become automatic, and changing those behaviors requires careful supervision by the [conscious will]. The bigger the change you’re suggesting, the more it will sap people’s self-control.

If there’s a big change you’ll be making to the flow of your day or the flow of your work this year, make a clear script for the change not only for yourself, but also for your children. Make sure the explanation is thorough, repeated, and – if you have readers – written for reference. Be as specific as you can. I know I sometimes use abstract terms that – in my own mind – carry much meaning. When giving direction, however, be concrete and specific and don’t imply anything – rather, state it outright.

Create and Practice The New Pattern

Rather than simply communicate the new expectations, whether to your children or even to yourself, first tell it like a story rather than like a list of rules. It’s easier to see oneself living a story than scrupulously following a foot-long list of rules.

Then, for the first week at a minimum, treat the working of the new plan as practice, as dress-rehearsal. You are coach, director, helping your actors work through new lines and new movements. You are not the overseer with whip, watching for rebellion.

Communicate the script to your actors before they start acting it out, and then coach them through it until the movements are natural to them.

This approach reduces the stress of feeling under attack by each child’s deviations from your vision, but let’s not get delusional: it’s still exhausting to direct a troupe through a new piece. Expect that, and give yourself (and the children) energy and willpower recovery times.

Photos in this post are my sister’s, Melanie Thompson, whose paintings are available on her...

This week for Desiring the Kingdom, we’re discussing the chapter 5 sections “Law,” “Confession &...

My entry for the Poetic Knowledge book club. Finally. I’ve not had a “brain in...

We’ve been homeschooling for seven years without having a dedicated school room or separate school...