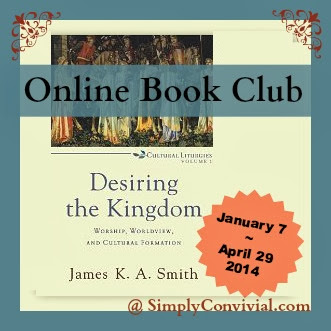 Smith has a call-out box in chapter 2 titled “A Practices Audit.” Here, we get practical; we get personal. Even without that direct invitation to examine our habits, this chapter certainly had me thinking that direction. Do I have practices, habits, that I am assuming are thin, insignificant, when they are actually thick, charged with shaping power?

If we mistakenly think that certain habits or practices are neutral, or even thin, when they are actually quite thick and loaded, then we will be unwittingly subjecting ourselves to a formation of our desire that is pointed away from the kingdom of God.

Smith says he wants to raise the stakes in this discussion, and that he does. Am I unwittingly being formed in a direction contrary to the kingdom of God? If so, I must change!

Many kinds of automaticity – dispositions toward goals that become habituated in us to the point that they become automatic – are acquired […] without our knowing it.

I thought of two seemingly insignificant practices I have acquired, one bad and one good, that have ended up aiming me more powerfully than I would have thought they could. They are making my bed and being on the computer while the kids are starting their day.

If we treat some practices as thin when they are thick, then we will be inattentive to all the ways that such practices unwittingly and unintentionally become automated. We will fail to recognize that they are forming in us habits and desires, oriented to particular ends, that function to draw us toward those ends at an affective, unconscious level such that we become certain kinds of people without even being aware of it. 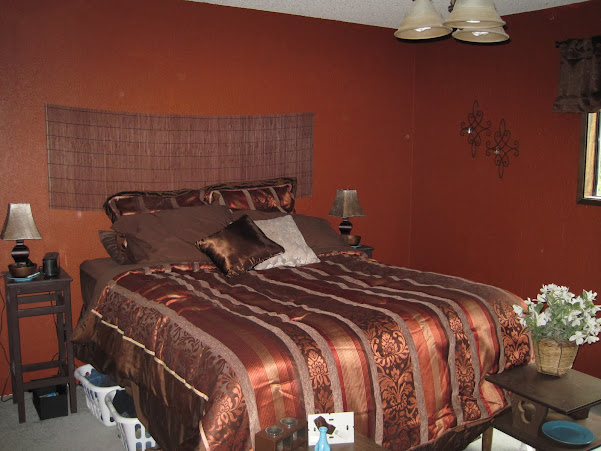 In books and in real life, I had people suggest that making one’s bed is a transformative habit, loaded with more significance than one would imagine. As a child, I mocked. As a young adult, I stubbornly doubted. As a young parent, I felt like even making my bed was simply too much to ask. I’m not sure exactly what a 30-year-old is considered now, especially one married for 12 years with 5 children, but I turned 30 and I was finally open and wise enough to listen and give it an honest go. Last year I worked hard to acquire the habit of making my bed. Within 3 months, I would say it was a habit. A year later and I almost never don’t make my bed. It’s rather staggering to me, actually, which is probably why I keep blogging about it even though most of you learned to make your bed when you were 5. Those things people said about it were true after all. In a real way, making my bed is an act of hospitality to myself and to my creatureliness. Making my bed is a small act of restoring order that can domino across the room and house. Making my bed can create a small island of hope in a sea of chaos. And, most significantly for me, it is a sign that I can learn new habits and become renewed and transformed; bad habits to not have to define me forever. I am even toying with the idea that if I’m the kind of person who makes my bed every morning, maybe I could be the sort of person who doesn’t leave her clothes on the floor of her closet. Talk about revolutionary. It might all start with the small act of fluffing out a comforter every morning.

Making my bed is a habit that seems trivial and quite thin, but it is infused with meaning. It is worth the effort of acquiring and cultivating.

Now for the uncomfortable conversation about a current, gripping bad habit. This one, too, seems insignificant and not worth troubling over. However, the fact that I have tried to change my pattern at least 3 times in the last 2 years or so and keep getting drawn back to it shows that it has roots and is probably much thicker than it appears.

I have a little laptop, and it holds my hobbies, my chats with friends, my calendar and lists, and my zone-out zones. I can pretty much always find an excuse to open up my little laptop, my precious. Sure, I open it to check a recipe, to check the calendar, to write down what math lessons were done today, to note an idea here or to cross off a to-do item there. And I can also open it to check myself out of where I am supposed to be: engaged with my children. It is my sand, and I am an ostrich, sticking my head in the pixels and pretending it is the chaos around me that is virtual. 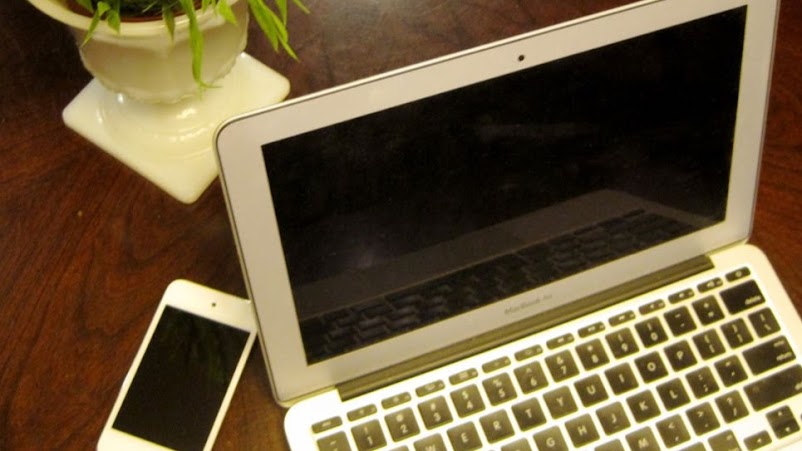 This has the worst effect at breakfast time. It is a legitimate good to be on, plan my day, check the calendar, check the school lists, and update the day’s chart just before the kids are up: that makes me more prepared. However, that burst of activity and noise and questions and fussings and neediness first thing in the morning is more than enough to make me want to retreat and pretend I am not the one responsible for all this. I open the blinds, direct breakfast-acquisition, start the laundry load of wet sheets, change and dress a baby, try to smile and greet people cheerfully, but then, when I have my breakfast and cup of coffee in hand, I sit down with my digital false-peace. And I hate being interrupted and pulled out from that land of false peace. Because peace must be sought and fought for within this real-life world, and the only time that is truer than it is at breakfast with 5 hungry and groggy children is at 5 with 5 hungry and worn out children who are supposed to be tidying up.

But peace is what we all need, and I am the one who must keep my head in the fight for it to happen. It is more important for me to be all there, undistracted, for my children as they wake up and take in the world around them. What I do and where I am during that first hour of us all together in our day is thick and formative not only for myself, but also for those children who are learning who they are from my cues and who they should seek to be by my behavior. Escape at that critical juncture of time is perilous. It’s not simply a quick check of the email or a getting lost on Pinterest. It is setting the tone for the day to come and for our interactions to come. Are the children an interruption or the point? How do I treat them when they come rushing in and swirling round?

Calling a simple bad habit a thick, significant, identity- and affection-forming practice, though that is a cognitive response, might be the key to disarming it, however. It is precisely the lie, “Oh, it doesn’t matter,” that allows me to keep getting sucked back into it despite my doubts. Just as with making my bed, it was when I finally allowed philosophically that perhaps there might be something to these people who keep harping that I should make my bed, so now it might begin with a philosophical conviction that how we begin our interactions in the morning is deeply formative for the rest of the day and for the relationships as a whole. It is not that such cognitive convictions have to place and no power, but simply that the habits themselves have more power, especially when allowed to run amok unexamined.

Let us live an examined life, instead, that we may not “become certain kinds of people without even being aware of it.” All my writing time and energy has been spent in my upcoming video training: Work...

Festina Lente, or Faithfulness part of the Education Is for Life series This series was... Shhh. You can tell me. I won’t judge. I promise. How many emails are in... Understanding differences in personality type can drastically reduce conflict and friction in relationships, and this... Learning how to organize your calendar is one of the first steps to take when... Years ago, when my third born was just a baby, I hated housework. I was...