~ Capturing the context of contentment in everyday life – in my kitchen. ~

In honor of this week’s release of Simplified Breakfasts, I thought I’d share a little peek into breakfast strategies that have been working in our house lately. 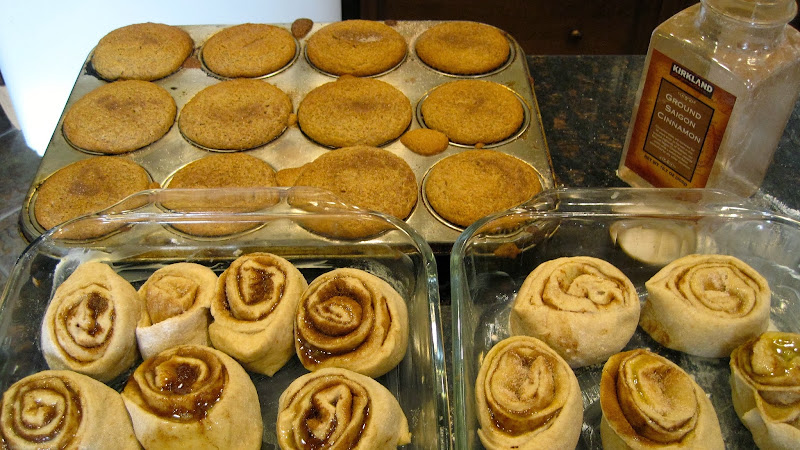 The number 1 strategy that makes no-stress breakfast happen on homeschool mornings has definitely been taking the time on Saturday to prepare baked items in advance. I make an extra-large batch of muffins and bread and put them in the freezer for the week.

If I have at least 3 breakfasts and 1 lunch that are grab-and-go during the week, it smooths those meal transitions so much!

I have tried muffin recipe after muffin recipe over the years and never found one that was a flexible enough base to handle whatever variations I wanted to try. Until, that is, Tracy sent me her first draft of Simplified Breakfasts. The very first thing I tried was her muffin recipe and I adore it! The proportions are easy to memorize so I don’t even have to look at it any more, and it’s flexible enough that I can create my own variations based on what I have on hand. My kids’ favorite variation, though, is Tracy’s: oatmeal raisin. Basic, easy, delicious. It makes a perfect breakfast because it’s a bread-muffin, not a cake-muffin, and it’s delicious even with whole-wheat flour.

This picture is an over-full batch of apple-cinnamon muffins – my first attempt at creating my own variation using her base. It was a smashing success.

Another breakfast strategy I frequently employ is to delegate oatmeal-preparation to my 12-year-old. He’s rather picky about the consistency of his oatmeal (he prefers it hardly cooked at all), which is fine by me as long as he’s the one making it.

When I make it, he thinks it’s overcooked, so he would rather make it himself than have me do it. Win-win.

Several of the recipes in Simplified Breakfasts are simple enough to delegate to the older kids. When the weather turns colder and they aren’t playing outside as much in the afternoons, I can foresee offering to let them make a batch of something for the next day’s breakfast as their afternoon activity. Score.

I have no pictures of that, though, because it happens too early to pull out the camera…

My father-in-law manages an orchard nearby and delivered a full bin of juice apples (imperfects) to our driveway. My husband and the kids turned that bin into over 40 gallons of fresh-pressed cider.

Our freezer is officially full.

The Simplified Pantry course is a 6-week process that will leave you with a streamlined menu planning system customized for your family’s needs.

Find it inside Simply Convivial Membership.

I am enjoying finding a regular blogging groove again after the intensity of 31 Days... This was our second week on our new school year plan. We had two weeks...