I could write up a great-sounding post about why we don’t have a school room on principle. Something about school blending in with real life and not being contained in a separate box.

But the truth is that I’d rather have a playroom than a schoolroom, a place for the toddlers and preschoolers to freely set up a block city complete with railroad tracks, a place for the air hockey table we inherited, a place for the computers that are used both for work and for play. And our house layout doesn’t have the space for both a playroom and a schoolroom. We have space for two tables on the main level, and rather than making the dining room or the kitchen eat-in area a bonafide schoolroom (one open to the kitchen and the other open to the living room), I’d rather have them be flexible and versatile, without schoolish clutter.

So, it’s a matter of the space available and our preferences for how to use it. If you have a room that works set aside for school stuff, more power to you. If you don’t, I want to share strategies for making it work without having it feel like the school stuff is ruling the house.

It’s all a matter of using the space you have in a way that fits your family and your patterns. 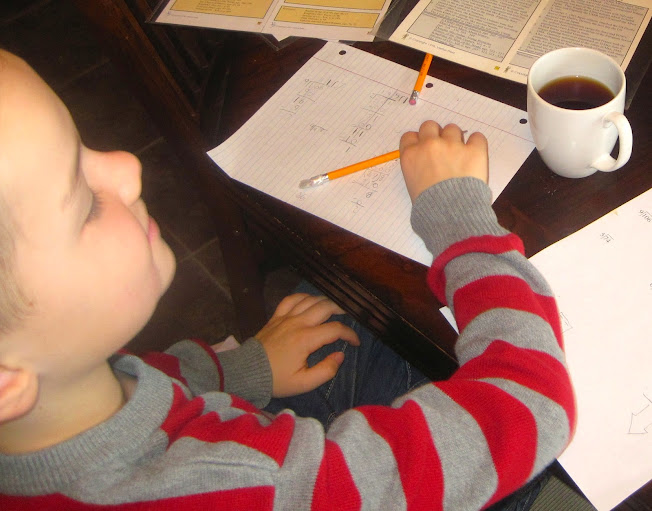 Homeschooling without a schoolroom,

Whether you have a dedicated schoolroom or not, the most important feature of where school happens is the writing surface. Reading can happen anywhere there’s light, but a solid, uncluttered, comfortable writing space is essential for written work. 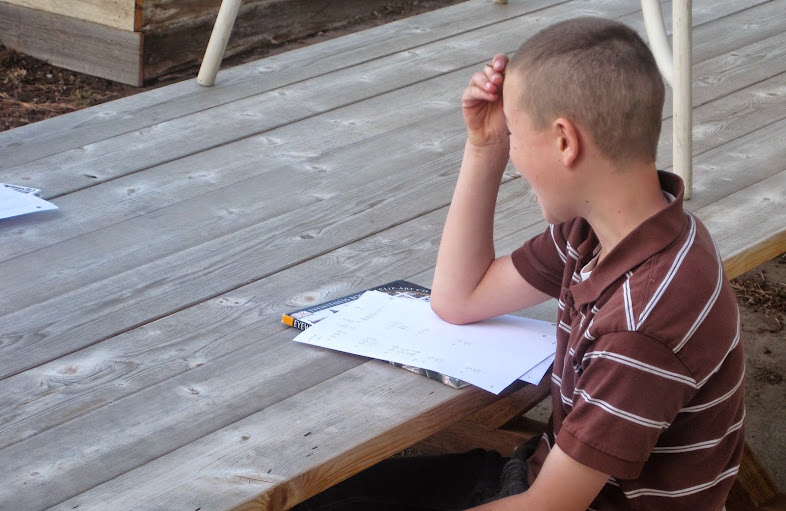 Keeping tables clear is hard. It is also essential.

It’s like folding laundry on my bed – if that’s where I’m folding it, then I have to take care of it by the end of the day before I crawl under the covers.

If we school at the dining room table, then it all has to be put away before dinner. It’s a feature, not a bug. It’s a bonus, not a con. Even if you have a homeschool space set up, you might find kids still gravitate toward particular areas of the house or particular tables or chairs. I always did my schoolwork at the dining room table, even though we had desk space in the basement when I was growing up.

If we can offer our kids multiple spaces in which they can do their work, they can settle in and find a place that appeals to them – a small, self-directing, personal choice – that gives them a little ownership and individuality in their day. That seemingly insignificant ability to make a choice about how their work is done is actually a huge morale booster.

And what homeschool doesn’t need a morale boost? Especially in January and February.

What matters is that the work is done and done well. If it’s done in the brightly lit, center-of-it-all dining room, the lap-desk on the couch, the computer table in the basement, the kitchen bar, or wherever else there happens to be writing surface available, it’s done and that’s what counts. Let some variation and option into the equation.

Just because they wouldn’t be able to change their desk situation in a classroom or change their cubicle location in a corporate setting does not mean they shouldn’t have the option in their own home with their own studies. Which is more human: home or cubicle? Which are we preparing them for: self-directed pursuits or worker bee compliance? Just because they wouldn’t have the option in the “real world” doesn’t mean they shouldn’t actually have the option in their own actual world – we should strive to be more like the ideal world than the real world, even in such little ways as allowing our kids to read or write in the location that appeals to them most if they can still produce quality work from their location of choice. 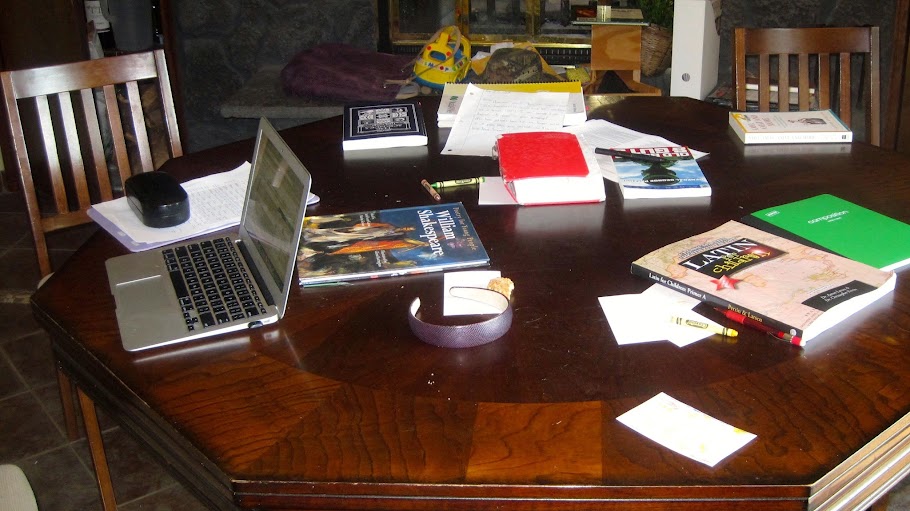 Scope out your options, think outside the conventions, be willing to experiment, and see if you can’t come up with some homey, appealing arrangements that suit your space and your family. 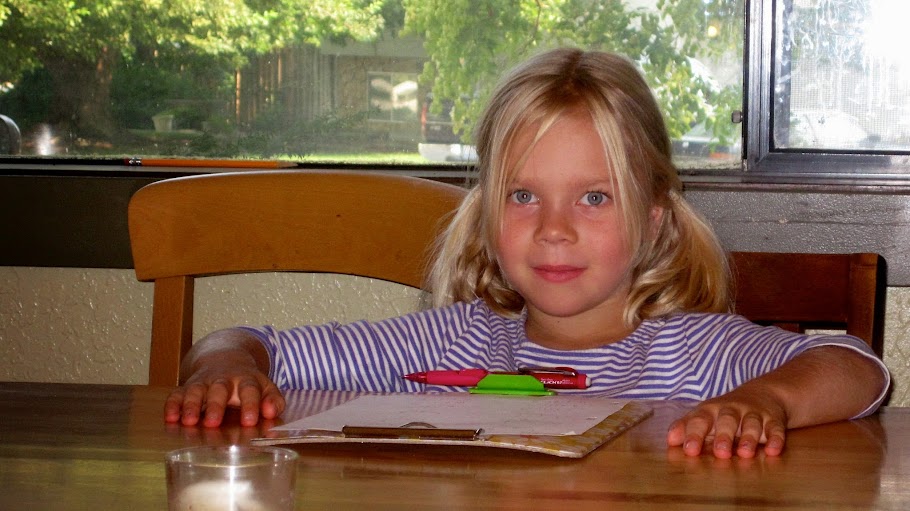 It’s easy to slip into feeling like dinner is a drag, like it’s an interruption, like it’s something we just really rather not do. But since we do need to serve dinner everyday, why not learn how to enjoy cooking more? It truly is possible! Of course, there are times where it just doesn’t happen… Do you know that quote? It’s from My Fair Lady, when, after months of agony, Eliza & Professor Higgins are draped late at night in the library, Higgins still insisting, “The rain in Spain stays mainly in the plain!” Eliza moans, “I can’t! I can’t! I’m so tired. I’m so tired.” That’s how I felt…

As homeschooling moms, our sanity is vital and often at-risk, isn’t it? Here are five strategies I have for keeping my mental and emotional buffer padded. Homeschooling Lists in Abundance During this month of homeschool lists we’re starting with the essentials, and even more essential than the book lists (which, I know, are quite important),… Mystie: Welcome to the first episode of season 11 where I’ll be recording and sharing a few more attitude organization tips from my series “52 Ways to Organize Your Attitude.” So, Virginia Lee who helps me with customer support and email is here to chat with us. Hey, Virginia Lee. Virginia Lee: Hi everyone. Mystie:…