Understanding differences in personality type can drastically reduce conflict and friction in relationships, and this is as true with our children as it is with anyone else.

However, typing children is tricky. Personality preferences develop over time, as people exercise more and more decision-making and observation-making abilities. Children are developing, and so we need to give them space to grow and experiment and blossom rather than box them into labels prematurely. Though typing them can be helpful, we should be careful to not do so too soon and to still always treat them as an individual rather than as a type. Finding our children’s personality type should only be done as a means to understanding and shepherding them better, seeing how different responses to a given situation might not be a sin problem or even need to be a conflict if we understand that they see things and respond to things differently than we do.

Knowing their tendencies helps you understand their perspective, what they’re seeing, and how to respond to them so they understand you.

I didn’t really think too much about typing my kids until I was reading about my own type in Please Understand Me II. In the section on relationships, he made a comment about a certain problem INTJs have with another type and my jaw dropped. It sounded exactly like a certain scenario playing out between me and one of my children almost every morning. He interpreted my matter-of-fact approach as being in trouble and his way of coping is to outburst. Outbursts are the fastest way to get INTJs to shut down, and we shut down by simply slamming the door. Just identifying that this was the cycle playing itself out whenever I announced the agenda for the day helped me turn it around by paying attention to my tone and giving a more gentle introduction rather than going into “take care of business” mode which my son was interpreting as “you’re in trouble” mode.

So, knowing your own type and your kids type can really help, particularly if you have a repetitive misunderstanding you can’t figure out.

However, typing kids is quite tricky. Tests are always prone to interpretation error, and kids don’t generally have enough self-awareness or experience to take personality tests and get an accurate result.

Instead, you have to know what the MBTI letters mean, watch, think, and guess. Nurture By Nature is a great book to help get you started, and your library probably has it.

I know in my first post I said that types tend toward the middle with age and experience, that moderation can be a sign of greater maturity, but that isn’t quite the case with children. Some children will be more extreme types than others, but less-extreme types are not necessarily the mature ones. It’s also possible the moderate types haven’t had enough self-direction, executive practice in life to develop preferences yet. And a person who has never developed preferences has no trusted, reliable pathways for taking in information and making decisions.

Isabel Briggs, in Gifts Differing, specifies what balance refers to in personality types:

In type theory, balance does not refer to equality of two processes or of two attitudes; instead, it means superior skill in one, supplemented by a helpful but not competitive skill in the other. The need for such supplementing is obvious. Perception without judgment is spineless; judgment with no perception is blind. Introversion lacking any extraversion is impractical; extraversion with no introversion is superficial.
[/pullquote]

But, she reminds us:

Less obvious is the principle that for every person one skill must be subordinate to the other and that significant skill in any direction will not be developed until choice between opposites is made.
[/pullquote]

If one skill or attitude is not exercised more than another, neither will develop enough to be trustworthy

If people cannot concentrate either on thinking or on feeling, their decisions will be made and unmade by a shifting dispute between two kids of judgment, neither of which is expert enough to settle matters.
[/pullquote]

So, while children will be experimenting with all 8 skills and shouldn’t be pushed into a stereotype, good and proper development does mean they should eventually begin having preferences in the four areas.

The four processes are used almost at random by very young children until they begin to differentiate. Some children begin differentiating much later than others, and in the least-developed adults, the processes remain childish, so that nothing can be maturely perceived or maturely judged.
[/pullquote]

If you have less extreme kids, they’ll be harder to type and you might not get an accurate diagnosis. The less self-direction children are allowed, also, the longer it will take them to form their preferences and gain enough perceiving and judging skills to become mature.

On the one hand, extreme personality types are those who can’t flex over to use other needed and valid options. However, on the other hand, those who never had the space and options to develop preferences in the first place are not mature for being in the middle, but rather stunted. Having a preference is a good thing, and not something we should sabotage by assuming our own way should be their way, too.

Again, from Gifts Differing on how parenting affects personality development:

Spoiled children are conditioned to blame all their troubles on an outside cause. […] Everything bad that happens to them is no fault of their own. Seeing no reason to make an effort at development, they make no effort and do not develop.
[/pullquote]

On the other hand,

At the other extreme are children who are under indulged, unloved, repressed, and discouraged; they may not learn that satisfaction can be earned. If nothing they do is ever right or successful or applauded, they may take refuge in doing as little as possible.
[/pullquote]

Essential to a fortunate childhood, therefore, is a just and easily understood relationship between children’s conduct and what happens to them. When youngsters follow simple rules (with large, merciful allowance for accidents, misunderstandings, and a reasonable amount of forgetting), the consequences should be approval, confidence, and the perceptive attitude from grown-ups. As an earned bonus, children should have the largest feasible measure of freedom to make their own decisions.
[/pullquote]

It is, in other words, our responsibility to make sure our children find “it is more profitable to find and do the right thing than the wrong” so that they “have incentive for discriminating between the right thing and the wrong thing in their own conduct and doing the right thing even thought it is less pleasant, less attractive, or less interesting in the moment.”

This is common-sense parental guidance.

You can’t administer a personality test to children and expect to get an accurate result. For example, one of mine wanted to take a personality test, and I watched him do so. When my very introverted son got to the question “At a party, would you rather be in the corner with one friend or in the center of the room?” He clicked “center of the room” because, he commented as he moved on, “Usually the food is in the middle of the room.”

Brandy has an excellent method for using Nurture By Nature to determine your child’s type, check it out before you try it yourself: Personality Typing My Children

As you think through the descriptions, though, keep these things in mind:

What to do after you’ve typed your children

Once you’re fairly confident about your child’s type, make yourself a little checklist with the four descriptions of your child’s combination:

Then, I do also recommend looking up the type in Nurture by Nature and jotting down the suggestions for motivation and communication, as well as the final recap of the strengths of that type. So, for example, for an ISTJ child, you’d have:

Motivation: Reward him with increasing amounts of personal control; keep routines in place as much as possible; ask him to research things for your and then listen to his advice.

Communication: Give him plenty of time to adjust to new things; respect his need for quiet, uninterrupted time to think; be clear, explicit, consistent, and logical in all discipline and directions.

Self-confident ISTJs are careful with all the details of their lives and can be counted on to work hard and steadily toward meeting their goals. They grow up to be successful, hard-working, and valued members of their communities and dependable and earnest traditional family people.

Especially as you go into school-planning time, figuring out how best to work alongside your children can be a huge help in facilitating successful homeschool goals and days.

Knowing not only your own type, but also your kids type can help you more readily solve conflicts and often even avoid them altogether. 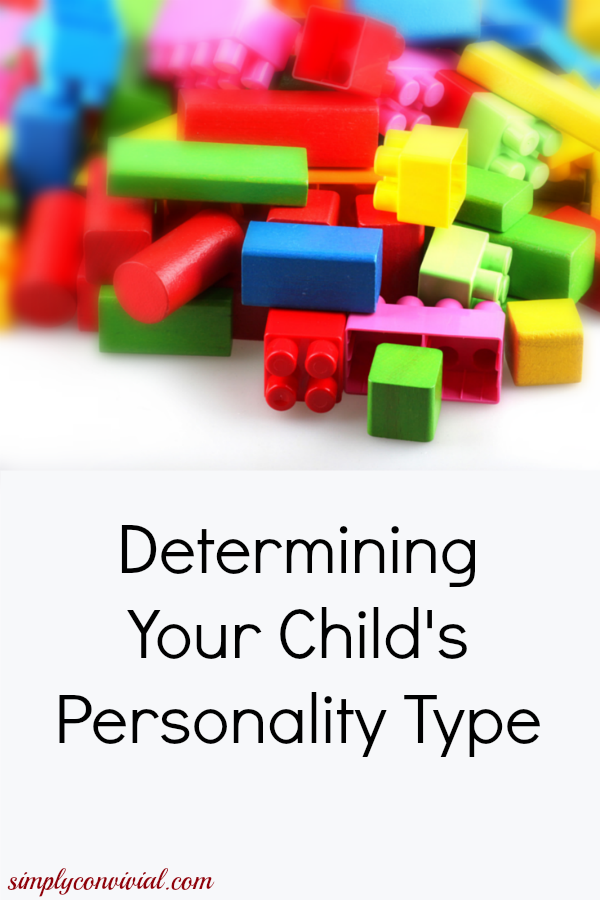 Planning isn’t just for certain personality types. You can adapt the principles to whatever situation or style you have – these 4 moms will share how they have done just that! Join us Tuesday, June 21st, at 1pm to hear 5 moms talk about the planning ideas and practices that have changed their lives the…

So much has to be done in a homeschool day and the homeschool management struggle is real. How do you keep track of the daily work in your homeschool and manage to juggle the work? If you have multiple children and multiple subjects to teach (and that’s pretty much all of us) then we have… In my Habits Project for 2013, I decided on 3 categories of habits: Health, Home, and Happiness. That’s the alliterative version. The more accurate titles would be Health, Organization, and Mothering. I picked the three aspects of my life right now upon which all others are built: my own physical stamina and energy, my ability… This post is adapted from the transcript of the Introduction video in the Work Your Plan Video Training We really must begin with organizing our attitude before we organize anything else. We might think that making a plan and working a plan is all about the planner, the app, the method, but the truth is…