Like I said last week, review is necessary, but so many methods for review have problems. Some review is just regurgitating the information or going over the same material again. That might be review, but it makes the student tune out rather than engage and retain. Neither Charlotte Mason nor John Milton Gregory nor Gilbert Highet condone that sort of review.

Some review is stressful and short-term. Most test-taking and pop quizzes add pressure rather than interest and do more for the teacher’s record-keeping ability than the students’ understanding.

Review practices that actually engage attention and interest can be woven into every lesson or every week with narration or discussion, but there comes a time once per term where I wonder how much they actually remember. Rather than tests or exams, I’ve landed on a couple games that both make the kids participate in the content in a fresh way and make them think they’re being let off with a “fun day.” Win-win. Oh, plus the other win: they do 90% of the work themselves – it doesn’t take a lot of time or prep on my part.

Last week I explained how we play “review jeopardy,” this week I’ll explain our other game: Review Hangman. We actually have two versions, so I’ll explain them both and let you in on a few logistical secrets I’ve discovered in the dozen or so times we’ve used this strategy. Last year during our Elementary Lessons (twice-a-week group content lessons with friends), we had a “word of the week” – it was vocabulary, but it was in the vein of “we’re people who love words, let’s learn a fun new word” rather than a structured, schooly sort of program.

So, we would learn 5 new, interesting words in a term, and then in the 6th week, play hangman with them. I’d write one each on an index card, shuffle them, and pass them out. We had 4 students, so one was always left out. That worked well, because then whoever went last wasn’t a gimme. Youngest-to-oldest, they’d go up and use the word on their card as their hangman word. No one was allowed to guess the word out loud, they could only tell the next letter. This allowed people who hadn’t guessed to keep playing and it helped everyone think as much about the spelling as the word itself. The person up at the white board was really getting a spelling workout, because he would have to examine the word multiple times to see what letters were where and then transcribe the right letter to the right spot. “Does this word have an ‘e’? Where would it go?”

Once the word was completely on the board, then they could go around the table and each use it in a sentence. Correct usage was another point.

They were playing a game, but their spelling-minds were thoroughly engaged the entire time – and they didn’t even know it.

This year we did not do a word of the week, but I switched up our games by using history nouns (people, wars, and places) as the hangman words instead of as jeopardy answers.

The play went as before: I gave each student 3-4 cards, each with a noun from that term’s history reading. They’d play hangman with their word and as before, no one could guess the answer, only letters.

After the name is complete, then we went around, youngest-to-oldest and had each kid tell one fact about that person, place, or war. They couldn’t repeat a previous detail, so going youngest-to-oldest made sure they had an appropriate challenge (we play this with a range of 8yo-11yo).

Hangman with the history nouns instead of vocabulary brought up a challenge I hadn’t even anticipated. Because I’m reading our history out loud and then we’re orally narrating, most of the children had never actually seen the names spelled! And when the word is Phoenician or some Greek name, the spelling is not so obvious.

By having each person say something they remember about the person, place, or war, other students’ memories were jogged and sometimes the older students helped the younger with a prompt or two.

They were both remembering and reminding – while playing a game – and I just sat there, sipping my tea.

So, here are the rules I’ve put in place to make game play “fair” and clear and smooth(ish).

Review “exams” can be cleverly disguised as a fun-day.

All it takes is a little candy. :) A commonplace is a notebook for keeping favorite quotes, inspiring ideas, or thoughtful notes. It’s a highly individual practice that has been used by “keepers” of all walks of life for nearly as long as the means to conveniently and cheaply read and write have been available. It’s making a resurgence in the classical education… 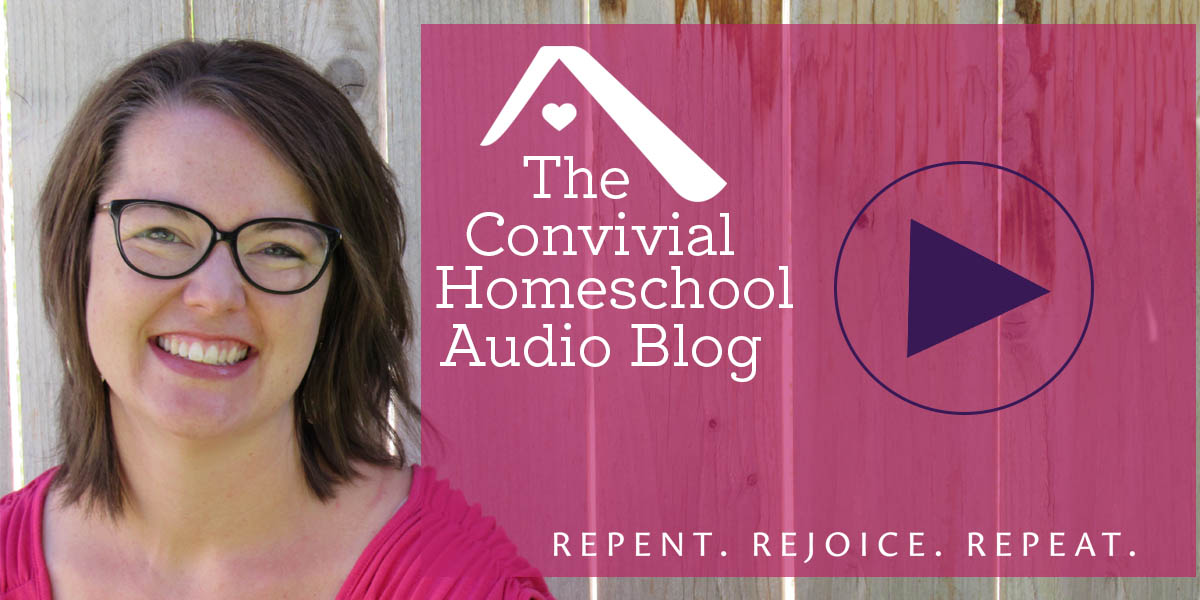 We are doing something new starting this season and that is kicking things off with a FAQ episode. Joining me to do this is Virginia Lee Rogers. Virginia Lee and I have known each other online for years and she is now helping me with customer support so if you send an email to Simplified…

Years ago when my oldest started getting into “real school” and I was adding students both in the phonics-stage and in the pregnancy-stage, I looked at the goals I had written out, I looked at the books I was collecting, and I looked at my pillows (with longing). I realized I was going to have…