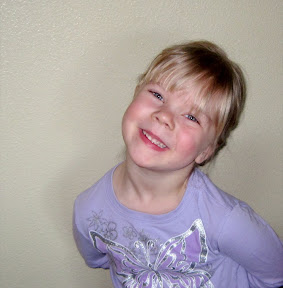 After being enamored with my 15-year-old youngest sister’s new bangs, Ilse requested bangs of her own. Since I am slightly disappointed during this current heavy-bangs trend that I can’t have bangs (I have a cowlick right at my forehead), I happily obliged her.

She calls them bang-bongs. Knox ran around the house in circles yelling, “Bang! Bang! Bang!” apparently demonstrating that he, too, has bangs. 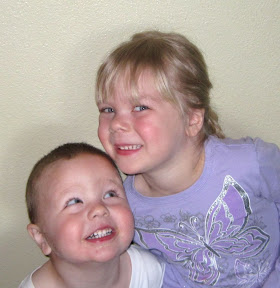 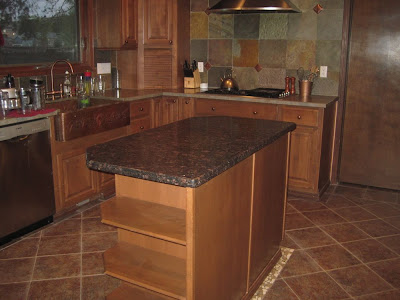 It’s not show-worthy clean — there are still dishes waiting for the next free dishwasher load — but it’s a lot more pleasant than it had been fifteen minutes prior. My marvelous husband did most of it, but I did the handwashing while he swept. The evening clean up can actually be a pleasant time for chatting, turns out.

So, I have kept the morning routine plan every morning so far this week, and Monday and Wednesday evening I we did the evening routine, but Tuesday Matt was busy and I claimed first trimester blechs and sent myself to bed rather than to the sink.

I almost bailed again tonight, but my rational self pointed out it was only sloth, not actual fatigue. Then I noticed Matt was doing most of it anyway, so I perked up and pitched in and got my picture. :)

Though technically we will all still be able to fit in our ’98 Ford Expedition after the baby is born, the space is already tight. The Expedition has very little cargo room and very little leg room in the back (and we have long-legged children). So Matt had been watching craigslist for vans for several weeks. He inquired about a conversion van (which it turns out are few and far between) in Portland, but the seller already had an interested party. That party, however, was a no show at noon on Saturday, so we got a text asking if we wanted to come see it. Just give us 4 hours! 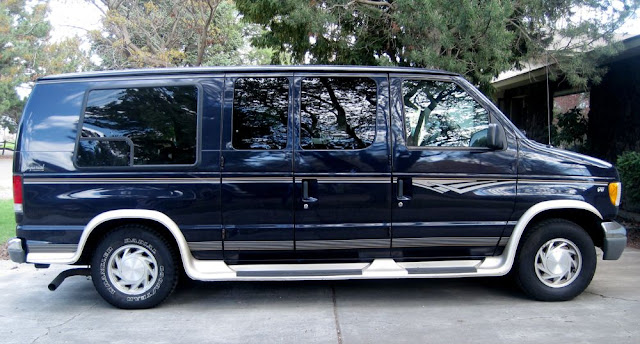 So we piled into said Expedition and had an expedition to Portland and bought ourselves a ’99 Ford E-150 conversion van, complete with 2 captain’s chairs in the back, roomy bench in the back, plenty of cargo and leg and head room, limo lighting, fake wood panelling inside, and — yes — a tv. Thankfully, the tv console popped right out, so now I have a bunch of room by the driver’s seat to boot!

My pile of books to be inputed into my LibraryThing catalog: 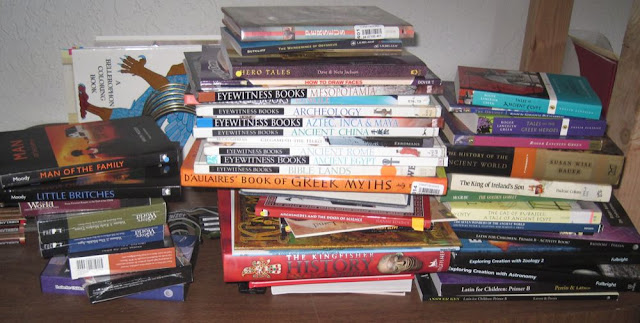 I love homeschooling: an excuse to buy books! Who wants to buy curriculum packages and workbooks when you can buy books?!

More on that topic in my current series: 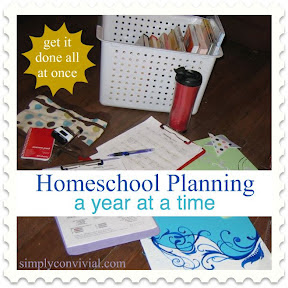 I am so excited to begin this book club and conversation! I know in years...

Pretty With my birthday money last year I got myself a cute pair of purple...

The Ultimate Bundle people have put together a free mini-course on working through 4 essential...

We come at last to the fourteenth and last chapter of Edith Schaeffer’s Hidden Art...

During this series we’re talking about the organizational habits that help us stay on our...