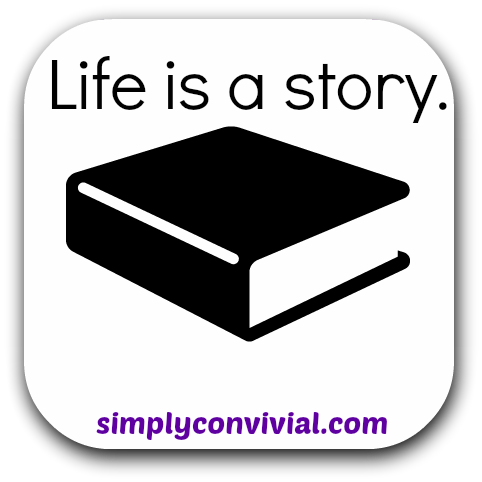 The metaphor this week is just for moms, because it’s one I’m convicted by and still processing. Writing is my way of processing.

This metaphor comes from a sermon by Doug Wilson on James 1 I’ve listened to 3 or 4 times now over the last couple months, trying to get the thought to stick. James 1:19-20 says:

Know this, my beloved brothers: let every person be quick to hear, slow to speak, slow to anger; for the anger of man does not produce the righteousness of God.

Wilson exegetes this by saying that it applies to everyone, not only to those with a temper problem or an anger issue. He claims that anger – and all its forms (irritation, annoyance, resentment) – is what happens when your place as god, in control of the unfolding story, is threatened or usurped. When your god, your idol, is toppled, the response is anger. So anger is a signal that a god in your life has been threatened.

Jesus, on the other hand, when His right as Lord was usurped, did not grasp it, but was meek in submitting to the Father’s will. He had a right to assert His power, yet He said, “Thy will be done.” God the Father’s wrath rightly falls on those who exalt themselves against Him: The serpent, Sodom & Gomorrah, the builders of Tower of Babel, Nebuchadnezzar, among others. Jesus’ anger, expressed when He cleansed the temple and at times with the Pharisees, was an anger that was zealous for God’s place as God, and not for Himself.

God is God, and there is no other.

We, too, must be Christ-like: The only sort of righteous anger is that which is against those who blaspheme God. It is not hot against those who mess with our schedules, our clean house, our agenda. If our anger lashes out when our own plans are disrupted – breakfast is spilled or burned, the children won’t cooperate, the light won’t turn green, the washing machine breaks – then it is a warning sign that we have exalted ourselves and our plans to be equal with God’s, a thing we are not supposed to grasp.

We do not. If we assert our own control, and become angry or depressed when our plan doesn’t work out, then it demonstrates we have tried to seek equality with God, which not even Christ Himself did, though He actually possessed it (unlike us).

All God’s plans come to fruition. Nothing happens apart from His will. That means that “all things come to us not by chance, but from His fatherly hand.” So we can be “patient when things go against us” and “for the future, have a bright hope.” (Heidelberg Catechism) 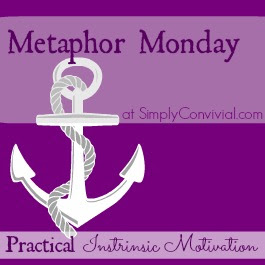 When our anger explodes (or we muffle it into irritation and annoyance and biting words), we are being Zeus-Like, not Christ-like.

We are instilling fear, taking hostage the situation, threatening to destroy the peace and joy if we don’t get our way. Do not be the thunderbolt of Zeus, flashing upon those who displease you. Ask for the grace to imitate Christ, who did not consider equality with God something to be grasped, but humbled Himself by becoming obedient.

A commonplace journal is not complicated and doesn’t need to be fancy. It is simply a place where notes and quotes from our reading are kept. The simpler we keep it, the better. Let me show you how basic commonplacing really can be. It appears I am the cheapskate of the group. I use college-ruled… First, some back story. I hate to admit it, but I worked for about a year at a Bible Bookstore in high school. So while driving the other day, my mind made a random weird connection that made me laugh – it does that when it gets two minutes of silence put together. I was…

This post is a part of the book club Cindy of Ordo Amoris is hostessing on Russell Kirk’s Roots of American Order. This week’s posts are all collected here, and my previous post was “Order, the First Need of All.” Civilization, culture, is an outworking of religion, of shared beliefs about the order of the…

You won’t remember – don’t try. When does the brilliant idea strike? When do you remember you’re desperately low on milk? It’s rarely when you’re actually sitting down, pen in hand, to make a relevant list. But if you don’t write it down right away, it’s gone. Hence, the need for ubiquitous capture. Ubiquitous capture…