The summer is the perfect time to address non-academic problem areas. For us this summer, that means solidifying our chore routines so that when we start up school again, we can keep the house humming and in better shape. Making these chore times habitual patterns in our day cuts down on the emotional, psychological, and relational wear-and-tear that boom-and-bust cycles, disarray, and conflict over what’s required create. If you’re like me, you’ve probably been surprised at how worn down you can be not only from a messy, chaotic house, but also from trying to get the kids’ cooperation in restoring some small semblance of order. It doesn’t seem like it should produce so much conflict or so much fatigue, but it does.

Habits are the answer. They are hard work to create and continued work to maintain, but they greatly reduce the friction of pulling the children in to help. Remember to check out my recent series on Hiring Household Help for more on getting the kids on board with chores.

The chore set we’re working on this week is one that’s already nearly ingrained in our day. The kids know it comes 80% of the time, and so while there is often grumbling, there isn’t stubborn resistance anymore. We call it EHAP, which stands for Everything Has a Place. The implication is that everything should be returned to its own place. I saw this acronym somewhere online that I haven’t been able to track down in order to source. It wasn’t my original idea, and I do thank whoever it was who blogged about her clever name. It seems to appeal to the kids much more than “clean up time” or “afternoon tidy.” EHAP (we say EE-hap) sounds like a tactical military maneuver or something; it does, at least, sound cooler than tidying or cleaning. It helps with the espirit de corps, which is a great thing to build in a family. 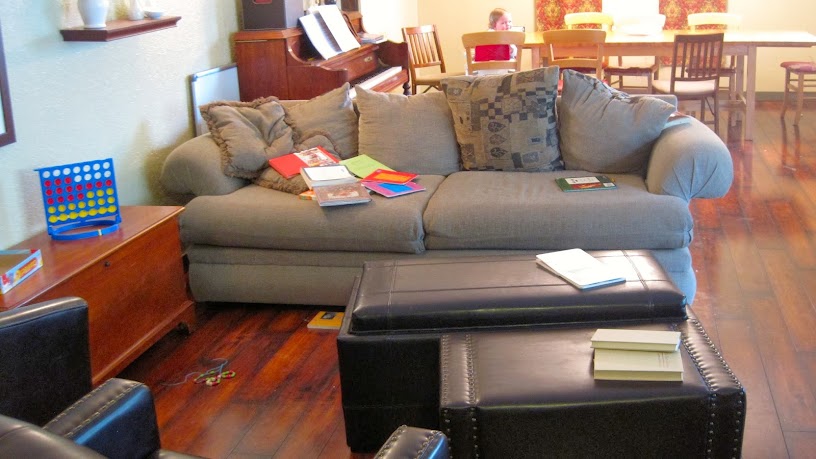 We’ve had many iterations of EHAP before, primarily influenced by Leila’s Reasonably Clean House series on the Afternoon Blitz. After holding conference with my team (or minions), we changed things up a little for this summer and upcoming school year. Here’s the way EHAP happens now.

There are four zones to be tidied every afternoon and four small cleaning jobs, as well. These are listed on the board and the person assigned to each one rotates daily. My kids seem to prefer to rotate than to have the same job or area designated to them for a longer time (though that would be my preference because it cuts down on the administrative end). The exception is the 4-year-old. He has the same zone and job every day.

It is simply amazing what a difference consistent daily EHAP makes in the state of the house! A lot of havoc can be wrought by 5 children home all day, but a lot can also be set to right in 10-15 minutes if they set their minds to it. In fact, I consider an afternoon EHAP to be absolutely the magic key to fending off chaos in a homeschooling household. There is simply so much stuff! It gets out of hand in about a nanosecond. Everything has to be picked up every day. There’s just no other way around it. Teaching everyone to put something away before they get another thing out has, so far, been impossible. An afternoon pick-up time is a second-best and an essential to our survival together. 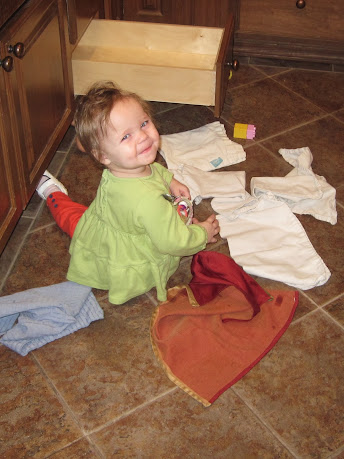 Performing EHAP is fairly regular in our routine, but what I need to work on is making it a cheerful chore time instead of the time at the end of the day where I’m fed up with it all, interrupt their playing, and start barking orders. When it’s an expected time that arrives when promised (sometime between 4:30 & 5, generally), I don’t have to interrupt or take a hard line. When I know it’s coming, all the stuff out all over the place doesn’t bother me as much because I know it will be dealt with in its time. So, having that time reserved helps both my attitude and the children’s.

The kids love it when I play music during EHAP time. I’ve been known to utilize a timer to help them hustle, bestowing either a treat or extra “practice” as needed when the timer goes off, and this does not always boost morale, actually, probably because of the way I administer the treatment. So, I’ve set up an EHAP playlist with ragtime tunes (like Easy Winners from the movie Sting) that lasts about 15 minutes. For the most part, simply having the upbeat, funny music is enough to keep them going; they know it won’t last long, and if they hustle, they can be done before the music is up. Sometimes if morale needs a little extra boosting, I offer raisins to everyone who finishes their assignment before the music ends. It’s amazing how much cheerful music helps in promoting cheerful work. Part of me hates adding the extra noise to my life, but EHAP goes so much better with an upbeat soundtrack.

How do you keep morale up during chore times?

I’m reading Michael Horton’s Ordinary: Sustainable Faith in a Radical, Restless World, which is not-so-subtly a response to Radical by David Platt, though Horton’s book doesn’t mention it by name. I’ve never read anything by Horton before, and I am enjoying it. He is a good writer, one who can keep drawing you in and…

More posts on Chapter 4 of Roots of American Order can be found at Cindy’s blog. Kirk says the Roman concept of virtue was one of “energetic manliness.” T.S. Elliot points us to the three main concepts of Virgil’s concept of Roman virtue: labor, pietas, fatum. Labor Virgil emphasized the dignity of labor. Physical, manual,…

Mystie’s Books Read 100 Cupboards, Dandelion Fire, Chestnut King, by N.D. Wilson You no longer have to be in England for magical worlds to find you. I loved these books! Excellent, excellent, excellent, and highly recommended. The second two in particular are pretty intense, however, and the evil in them (and I know Wilson loves…

This is my contribution to Cindy’s Book Club on Roots of American Order. [Christianity’s] principles demanded a new sort of heroism, more severe than that of the Law of the Jews, more sacrificing of self than the old Roman virtue. Out of this teaching there would rise what were to be called the Christian “theological…

Once again, I read fewer books than I had hoped in a year: 32. I read some really excellent ones, though, and that’s what counts. However, I don’t think I’ve ever had a year with as many two-star ratings – I suppose that’s what comes when I try to broaden my reading horizons. I decided…

Shaina asked in a recent comment and on the WTM board what was on our chore board. The board has actually been out of commission for a month or two now, but getting it back up was on my to-do list, so the comment was the push I needed to get it set up again….