These photos were captured with my iPod because it’s my ubiquitous capture device.

Angels can fly because they can take themselves lightly. […] Solemnity flows out of men naturally; but laughter is a leap. It is easy to be heavy: hard to be light. –G.K. Chesterton, Orthodoxy

Life with a houseful of young ones, whom you must not only raise but also educate, is full of ups and downs and craziness and laughter and tears – often all in the same day. In the midst of it all, we have to keep rolling; the more cheerfully we can do so, the easier it is to roll.

That’s why our attitude is so critical. It is all in how we see it, how we tell it, how we feel it: It is one grand adventure or it is one long slog. Let’s commit to telling ourselves the true story: That this is where God has placed us, what He has called us to, and where the action is, and that we wouldn’t have it any other way. 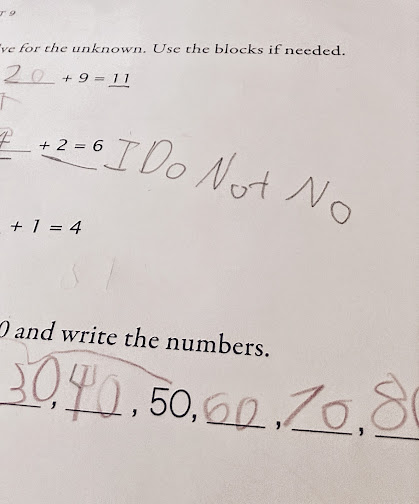 Admitting you have a problem is the first step toward recovery.

And maybe by the time those years’ worth of lessons have been repeated times five at my kitchen table, I’ll have learned it – and learned to live it – too. 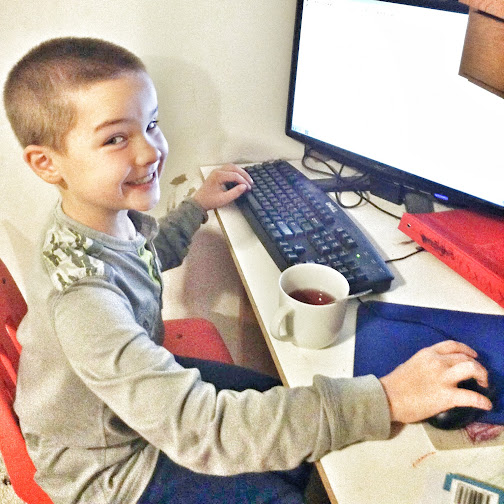 And a cup of tea might just help with that. 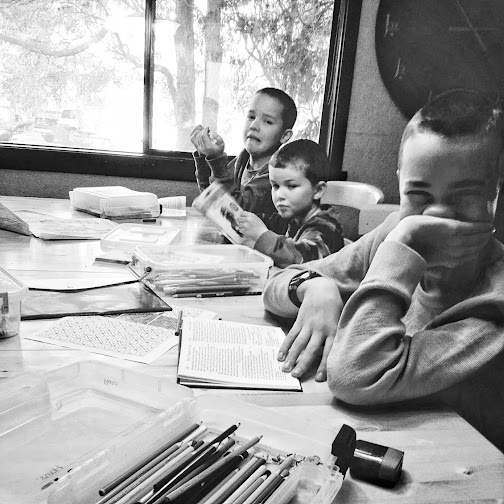 Who says listening to Shakespeare on audio book is boring? We’re in the middle of Hamlet right now, and Jaeger decided to pantomime the ghost scene instead of merely following along. As long as he was silent and engaged, I’m all for it.

Yes, a post for Hamlet resources will be forthcoming – after we’ve completed it ourselves. 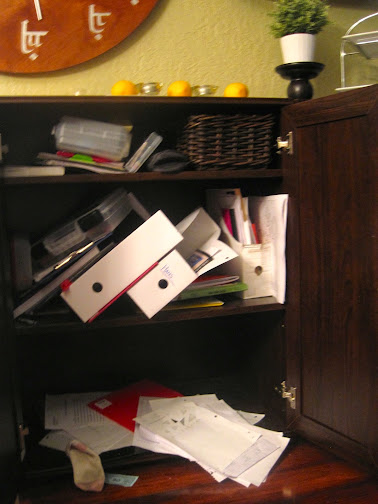 Proverbs tells us: Where there are no oxen, the manger is clean.

Or, where there are no homeschooled children, the homeschooling cupboard stays organized.

But, Proverbs continues, much harvest comes from the strength of the ox.

The clean manger is a barren one. The organized cupboard is only organized so that it can be used – and while it’s being used, it’s not going to stay neat and tidy.

The using, the learning, is the point. Not the organized state. Let’s not fret over cupboards that show that people are living, learning, eating, growing, and all the rest. That’s exactly why we’re organizing and cooking and cleaning.

I’m telling myself as much as anyone. Big deep breath, we can do this thing.

Giveaway time! CiRCE and Cindy Rollins are offering for giveaway to two winners an autographed... Wow – time flies when you’re….busy. Ha! This has been a more action-packed school year...

Another week! Because I’ll be doing the 31 Days to GTD for Homemakers in October,...

~ Capturing the context of contentment in everyday life ~ Despite better intentions, we did...

We’re on a break week this week from school. However, it’s not looking like I...

This is Harvest Term, Week 4. Fall is in the air, and the school routines...