I have no regrets about leaving social media, but I also enjoy sharing little finds or triumphs that don’t warrant a full blog post.

Jump to the most recent entry

So I thought I’d do a whole series on moving, since that fits my life right now. However, as the moving project actually unfolded, I have no room to explain how to do an organized move. That’s not what our move was.

We moved quickly and had plenty of help. Both were good things, but both also precluded a level of organization I’d had in previous moves. Previously, we had plenty of time and it was all in-town. Previously, all my kids were little and I was the one who ended up handling almost every item we own to pack and move it – and those items were much fewer twelve and more years ago.

We’ve added two members to the family in this house and brought one to adulthood and another nearly so. We’ve lived all our thirties in the house we moved out of – where we tried out all kinds of potential, flopped hobbies. We hosted large events, homeschooled, and made the most of our space.

Sure, I spent 4ish months decluttering to prepare for the move, and that was very helpful. I would ask the question: Does this need to move to Idaho? We painted and put new carpet in all the bedrooms, so the bedroom junk collections had all been dealt with.

However, there was still more stuff than it appeared when it came time to actually move, and the shoveling into the moving van happened faster, with many hands to help, than I could attend to. My energy was needed to clean and pack, not micromanage. So, it was a rather haphazard move, but executed quickly and without much stress because we gave up the goal of organization and efficiency and went simply for getting out the door in a timely fashion while still getting along and pitching in.

An organized move isn’t always the best outcome or a needed outcome.

So in preparing our house to sell, we were going to hire a cleaning service. For various reasons, that didn’t work out and so with the help of several loyal friends, we cleaned the empty house.

I made my first project the kids’ bathroom, which had been wiped down regularly, but not really scrubbed as much as it needed. My husband had redone the bathroom about 2 years before, installing at that time a sliding shower door on the tub. Turns out that this door was actually not opaque as I had assumed for the last year. 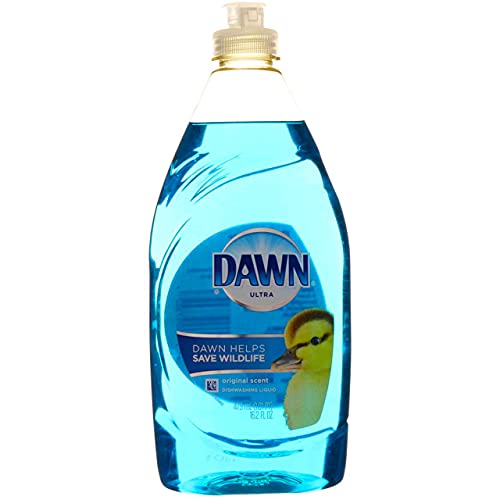 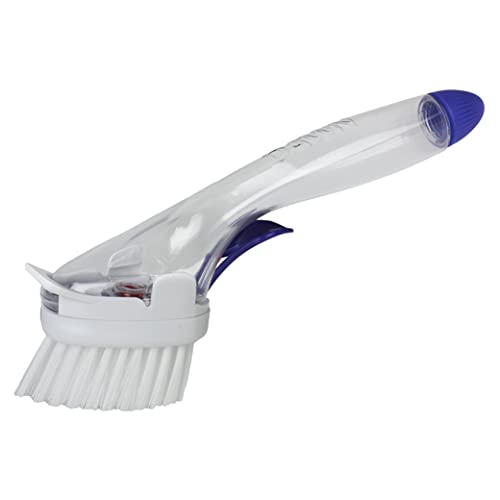 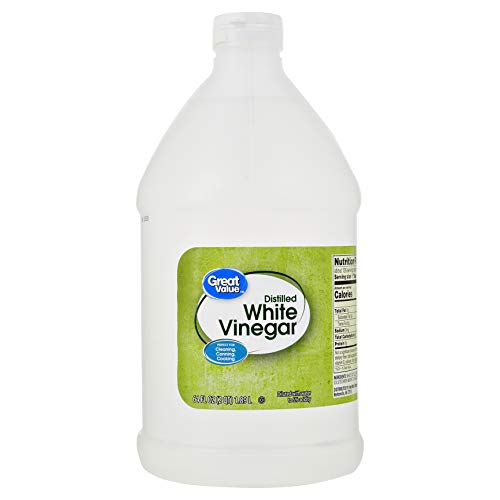 A mix of vinegar and dish soap in a dish scrubber brush (a trick I learned from a Simply Convivial Continuing Education member several years ago), revealed that a little extra vinegar and scrubbing power were required to bring the shower door back to its intended state.

The real trick for moving to a new place is figuring out new homes for everything. I love Dana White’s question in this regard: “If I was looking for this, where would I look?”

It’s a confusing, difficult question in a new house, because all the places are new. But it’s better to ask and look and think about it that way instead of just chucking things in the closest place they fit.

It took us two days to finally arrange the furniture in a way that seems to work, and then we also ended up putting the school supplies cabinet in the boys’ bedroom and the piano in the girls’ bedroom.

It works for now, seeing as this is just a temporary home. The homes for things don’t have to be ideal; they just need to be doable and findable and not in the way on what few horizontal surfaces we have.

My husband, for the last few years, has gifted me a subscription to Cook’s Illustrated. I love reading it, but it is always full of recipes I know I will never make. Sometimes, however, a recipe calls for immediate action.

This week I received the latest edition and there was one such recipe: Decadent, Cheesy Pasta in a Flash. All the ingredients were normal things I already had on hand. So I made sautéd chicken, sautéd veggies, and cheesy pasta. The new-to-me tactic was using egg as the main sauce base; it cooks when added to the piping hot pasta immediately after draining it.

It really was simple and fast and delicious enough to become a family staple. And the leftovers reheated beautifully with the chicken.

So, this story has a set up. Before I packed the Instant Pot to come with us – and yes, yes, I love our Instant Pot – I threw away the rubber gasket in the lid because stinky rubber gaskets did not need to come to Idaho. I had a spare anyway, so I put all my Instant Pot things in one box and off it went.

It was unpacked and given a squished place in the pantry, where it sat for several weeks until I got back on the dinner prep ball. I used it two days in a row and both days it left a puddle on the counter around it. How could it have sprung a leak?!

Well, doh. I forgot that the lid didn’t have a gasket in it. It was condensation collecting in the lid and making its way out from there. Now the gasket is installed and there’s no leak.

Does anyone have any tricks for preventing the rubber gasket from absorbing the smell of beans and bones? It ends up stinking so bad after I cook a batch of beans or turn a pile of bones into broth. And the smell doesn’t go away once installed. Any pro tips? Beans and broth are my favorite use cases for the Instant Pot.

Our rental’s kitchen is small, but it does have a pantry! It looks like a small pantry, but it has lots of shelves and holds a surprising amount. Best of all, my pantry containers from back home fit perfectly!

But after a month of heavy use and only being half-organized to begin with, it was time for a clean sweep. My girls and I used 2 hours on Thursday morning to totally empty the pantry, recategorize our bins, label them, and put everything back in neatly.

I took my after picture the next day, so entropy had already set in a bit, but now at least the stuff is sorted and labeled and fits.

Pro tip: We were having people over for dinner that night, so the table absolutely had to be clear. It was good motivation to keep at the project until it was actually all done and everything put back or tossed. Also, the containers are from Target and they still have them.

The final space, of course, to be sorted out and cleared of piles and random bits is the corner of the master bedroom. Chairs are for collecting clutter, right? Many of my own personal piles and containers from our previous house I stuck into various book bags to move and there they sat, collected in a corner.

I didn’t think about taking a before picture, but here’s my after picture:

It’s not magazine-worthy by any stretch, but it is no longer a clutter pile.

A few weeks ago we sold our 12-passenger Nissan NV van. I loved driving it, but we didn’t really need the space anymore (and we’re not planning any long road trips in the near future), and it was only a 2-wheel drive. We sold it to friends of friends about 90 minutes away who just jumped from a family of 6 to a family of 8 with the birth of twins, so the minivan was no longer an option for them.

To replace the family car, we found a 2013 Ford Expedition. We looked at an Explorer, because those do have a third row, but found the space was too cramped for our long-legged big kids.

Then, Friday morning, we looked out the window and saw a moose calf eating the trees! We stayed inside and texted pictures to friends and family.

So it was 5pm on a weekday night and I hadn’t planned a dinner. Doh. I stared at the fridge. I checked the freezer. I couldn’t see anything I could pull together quickly.

I did have canned salmon, and we hadn’t used any of our canned seafood in quite some time.

So I started boiling a package of pasta, turned it into a basic carbonara with egg, grated Parmesan, and cooked bacon crumbles (thanks, Costco!), with a sprinkle of steak seasoning. Finally, I stirred in 3 drained cans of boneless salmon.

We had it with a quick spinach and feta salad and everyone thought it was an amazing dinner. It is no secret that I am in the process of losing baby weight, and maybe even a little extra weight that I need to own up to and stop blaming on previous babies. One of my tactics is to forgo starch at dinner. But I still have to feed my family. They are not…

Off and on now for a couple years, I’ve made cinnamon rolls on Saturday to have for Sunday breakfast. I wanted a way to have a special, set-apart breakfast, but one that didn’t leave the kitchen in shambles Sunday morning or add more things to do before we get everyone spiffed up for church. I’ve… It’s easy to go browsing Pinterest for inspiration on putting a command center together and feel like it will take a lot of time, creativity, and money to make yours as put together as those created for the photo op. So I thought I’d show you pictures of mine. I don’t have a great camera…. Do you need a schedule as a stay-at-home mom or not? Is it the missing piece that will finally make you organized or is it a pipe dream that will only lead to even more frustration and overwhelm? We only have a limited amount of hours in the day, yet we have so much to…