Skip to content
~ Capturing the context of contentment in everyday life ~

Despite better intentions, we did absolutely no school between Thanksgiving week and this week.

It was great, and I think it was needed for the other stuff that did get done, but it means this had the potential to be a very rough week back.

Especially when the new year rolls around, I always want to dive into the deep end and start off strong: The perfect plan, rolled out whole, right away. After seven years of homeschooling, I’ve finally learned that’s not actually a good idea. Children to not respond well to such an approach.

Instead, we eased in. Monday we did Circle Time and I did one-on-one math with all four children in their turn, walking them through their math pages so we could all have a refresher of where we were when last we left off. It was good, and it means we don’t need to backtrack, but it took the entire morning.

Tuesday we did Circle Time and math and I did one-on-one time with the older two boys to reacquaint ourselves with Latin and accomplished Ilse’s one-on-one lesson time, which should happen 3-ish times a week – 4 would be better – but had been only happening about once a week for the last month of school. Tuesday afternoons we did our afternoon swap with friends where I do lesson time with the 8-11-year-olds and my friend takes the 4-6-year-olds.

Wednesday has other extra things added to the day, but we got in Circle Time and math before leaving the house a little after 10, so that was a success.

By the end of the week we’ll be back to full speed with writing homework and the checklists with other independent work (like piano practice) added back.

Taking a full week to return to our routine has helped minimize tears and resistance, and that’s always a plus. 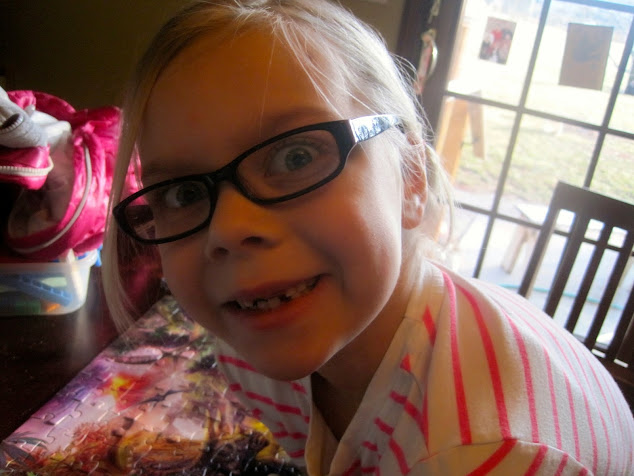 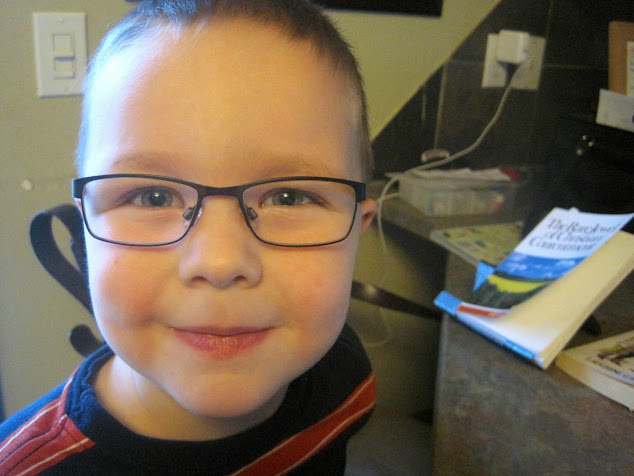 One thing we did during our break was take everyone but the baby to the eye doctor. And then got them all glasses – quite unexpectedly! Three wear their glasses all the time and Hans’ are reading glasses. 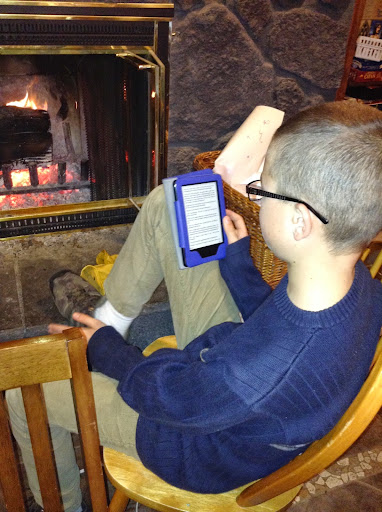 And even I got glasses. And I finally found the solution to my afternoon headaches! 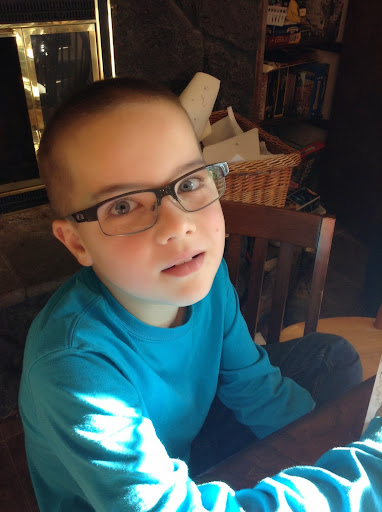 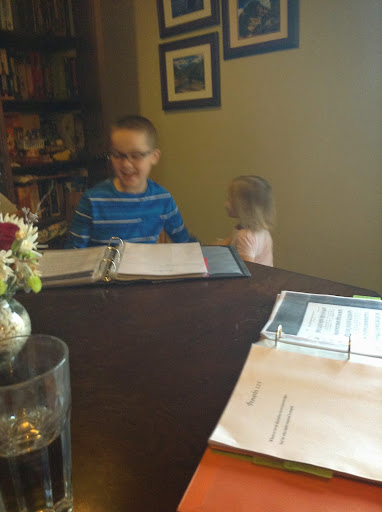 Geneva, now 2, has taken to parading around the table while we sing during Circle Time. She’s like the pied piper. Knox and Ilse often join her. 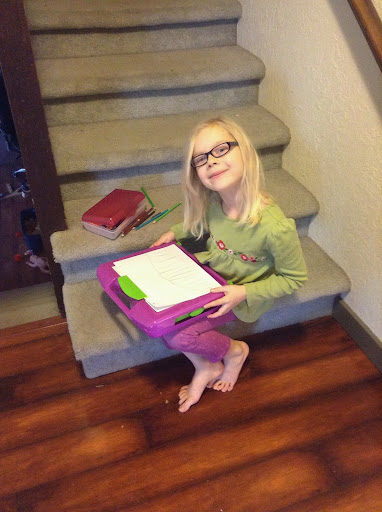 The day my post about homeschooling without a schoolroom posted, I came across Ilse doing her (self-imposed) schoolwork on the stairs.

It works if they do. 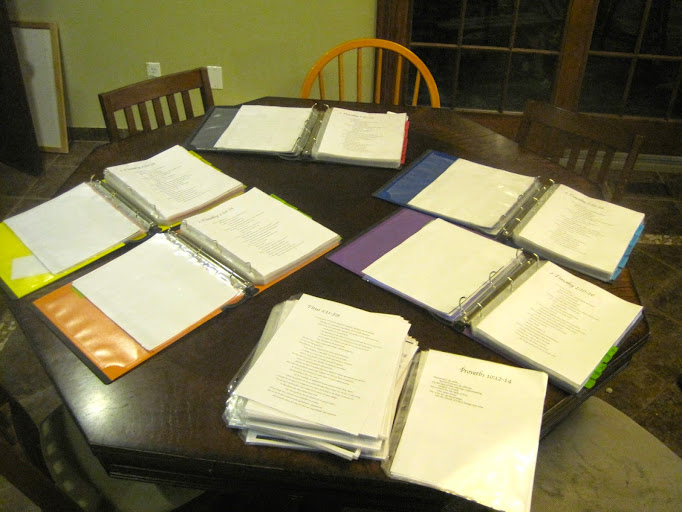 After three years of Circle Time binders, I finally have a system that makes changing out parts of the binder pages in 5 binders – keeping them all identical – take less than 30 minutes.

I have my table-chart on the computer and when I put all the sheets into page protectors, I stacked them in the right order so they are mostly grab-and-insert.

So, really, the work was just front-loaded to the summer, but on the evening of January 4th, I was sure glad that it had been! As of 2014 Our full month of homeschooling lists is nearing an end. I can hardly believe it. I’m joining up with The Nester’s 31 Days series and sharing 31 homeschool lists with you! Everything from sanity strategies to book lists to managing life details: I’ve got a list and I’m sharing it. Homeschooling Lists… There’s something about that last month of lessons – no matter when that last month is. The paper piles seem higher. The dust and bits seem to multiply from the corners faster. The chaos builds quicker. Maybe when your school year is over you want to totally abandon all structure and routine. Maybe you relish… I was intrigued with a tagline I saw online awhile ago: Don’t let school get in the way of your education. I sympathize. We make distinctions by saying we home educate rather than homeschool. We say “school-at-home” dismissively. Why do we do this? Is there a difference? What is the difference? Should we prefer the… My third-born child just turned 5 last week and my fourth-born will be 3 next month. I am in my second round of pre-k now, and although I have a plan, it doesn’t resemble a conventional preschool or kindergarten scope and sequence or curriculum. I liken the pre- and beginning-reading years to the pre- and… The Comedy of Errors is a great play for kids who might be skeptical about Shakespeare. Full of slap-stick humor, over-the-top coincidences, and witty one-liners, Comedy of Errors is more about the laughs than the romance. Plus, it has one added benefit: it’s a very short play. If you’ve tried Shakespeare with your kids in…